This site covers Draugen, Åsgard, Kristin, Njord, Aasta Hansteen and, above all, Ormen Lange along with areas in the vicinity including Solsikke and Trænedjupet. Ormen Lange is one of the most recent development in the area and will supply the U.K with a staggering 20% of its gas requirment from 2007. For pictures of some of the offshore installations in this area click here. Tyrihans is another recently developed field. 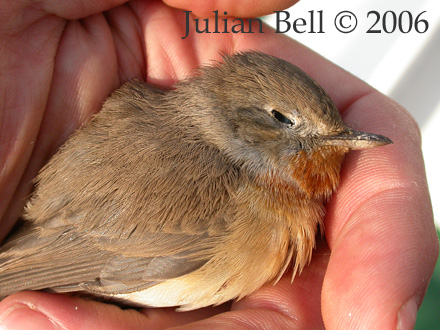 The following is based on my observations during periods of work at these locations. I have worked on a variety of vessels working for Statoil and Hydro during the development of these fields. The timing of visits and birding opportunities has been irregular and erratic (for example no visits to the area at all during 1995 and 1996, only two days in 1997). Thanks to Bjørn Linnehol (BL) from the West Navigator who has supplied some additional observations.

Vessels working in this area of the Norwegian sector usually mobilise in Kristinasund, although they tend to use the offshore bases more than the town centre. As with so much of the Norwegian coast the views of the mountains and offshore islands as one sails to and from the worksites are spectacular - whatever the season.

Generally much more abundant than further south in the Norwegian sector, for example the Troll field.

Flocks of up to 400+  resting on the sea around the vessel quite normal at Ormen Lange. Amongst these full "blue" phase and intermediate phase very regular (usually 5-10 full blue phase in a flock of 400). At times larger numbers (up to 1000) observed at Ormen Lange as happened late August / early September 2004. 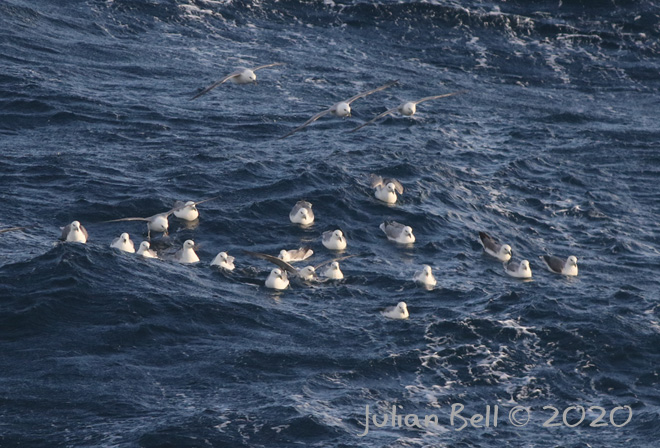 Northern Fulmar on the sea during a storm/ Havhest

Very regular in small numbers (up to 6), especially at Ormen Lange, in September and October. Latest date recorded is 26 November  2006 (Bjørn Linnehol).

One found dying on deck at Draugen after bad westerly storm 20.10.93. Another observed flying around a survey vessel during darkness in August 2006.

Regular in all areas, at all times of year, though never in large numbers (always less than 15). 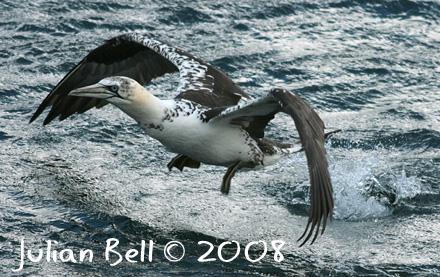 A first year bird spent the afternoon and evening of 16 September 2006 on the back deck of a survey vessel. The weather was clear and sunny but with a freshening southerly wind. This bird no doubt attempted a crossing to the U.K. but ran into difficulties. 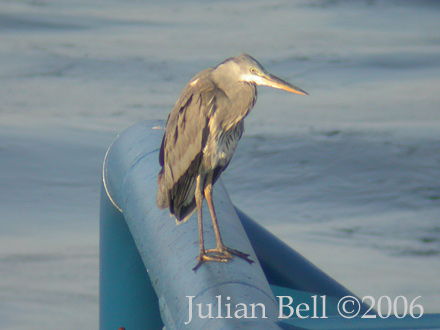 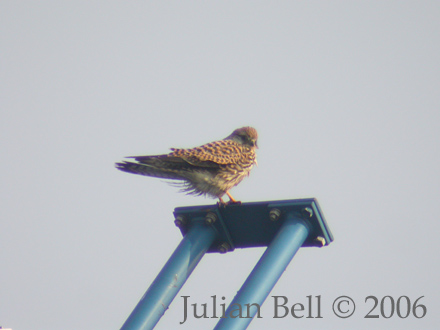 Draugen, a single on 16.10.93 and 10 7.5.94. Another individual was seen on 24.01.2007 feeding around the legs of the Draugen Loading buoy, totally unconcerned about the activities of a supply boat and an ROV support vessel. 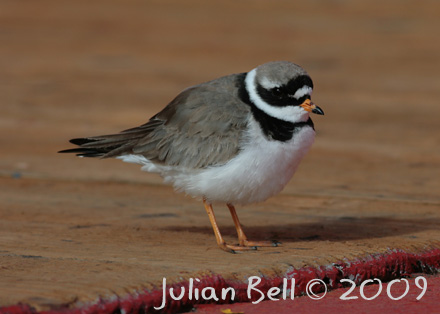 One of a party of four Ringed Plover onboard, Ormen Lange, 01 June 2009 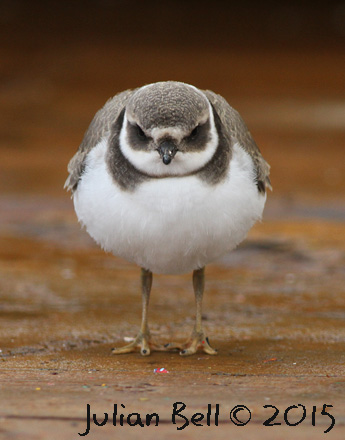 Noted in small numbers in both spring and autumn at Ormen Lange.

Quite a rairity offshore. Only record is one together with Grey Plover mentioned above at Ormen Lange 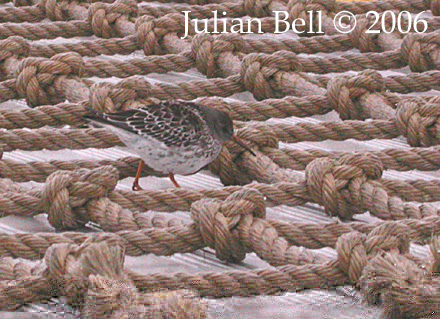 Purple Sandpiper / Fjæreplytt on the helideck

Seen on both spring and autumn passage, autumn records being in September and early October. 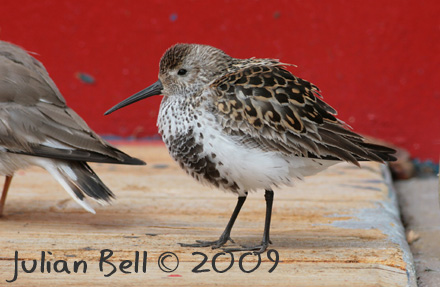 Very regular between end of April and early October, up to 6 at a time not uncommon. 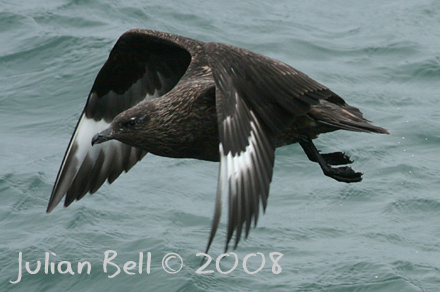 Seems to be commoner in spring (early May-early June) than in autumn. 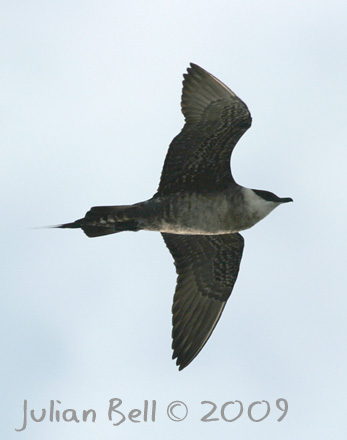 A few spring records from end April to early June and isolated records from summer and autumn (until October).

Regular in spring and autumn with up to 100 per day in late May/early June at Ormen Lange, generally  less than 10 seen. 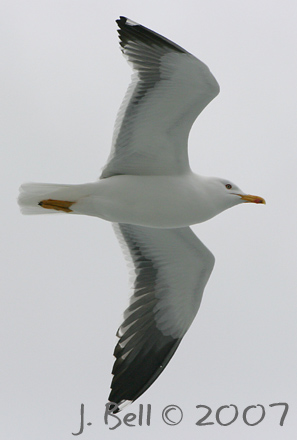 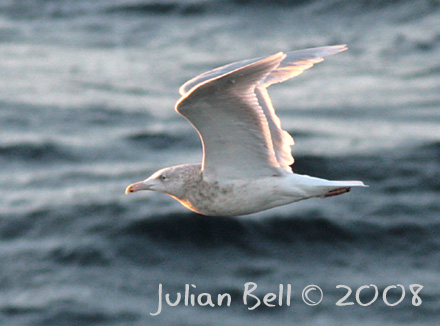 Regular throughout the year, generally in smaller numbers than Herring and Great Black backed. Some indication of higher numbers in spring (100+). 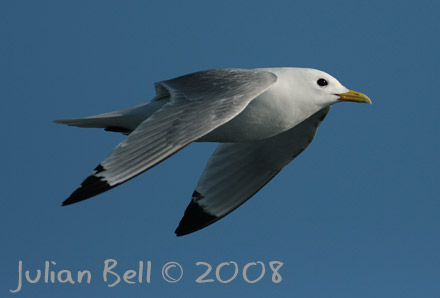 Most records are of singles on spring passage. However, in May 2001  20-50 seen heading NE

Regular in small numbers, but possibly only during migration periods. 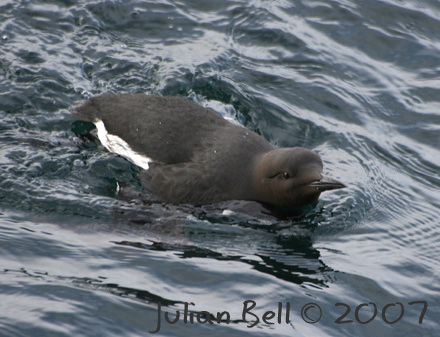 Less numerous than above sp. 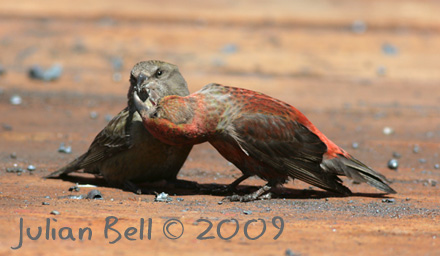 Common Crossbills, Ormen Lange, 26 June 2009
Click on the picture above for more details and pictures of desparate Crossbills trying to find something edible onboard... 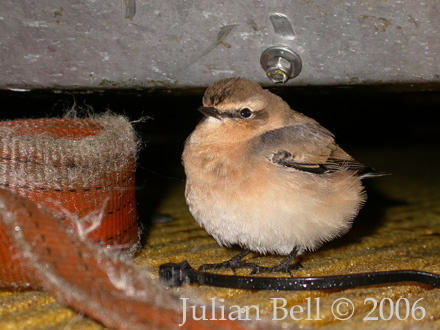 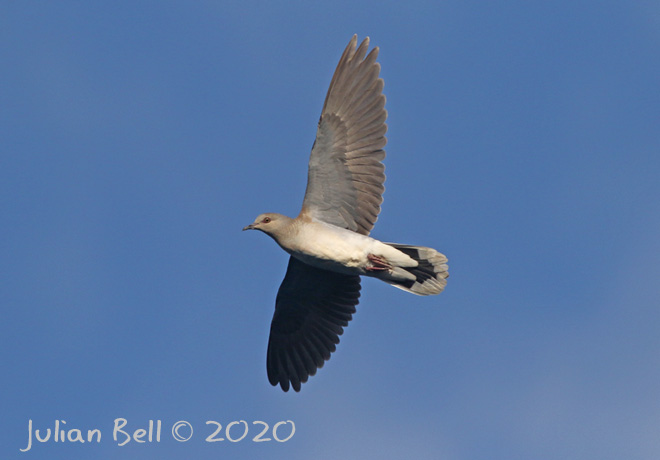 
Other wildlife
It is not just birds that can be seen in this area. Various whales and dolphins can be seen too. 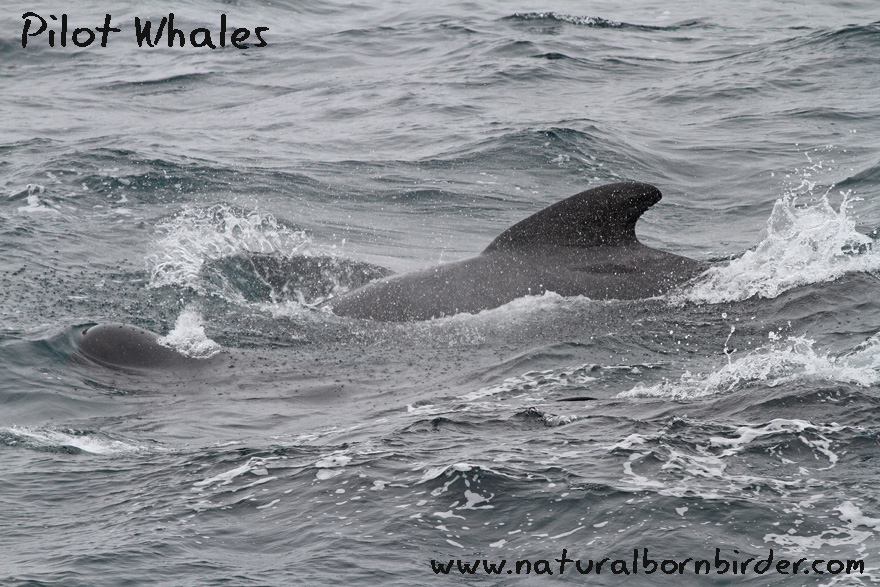 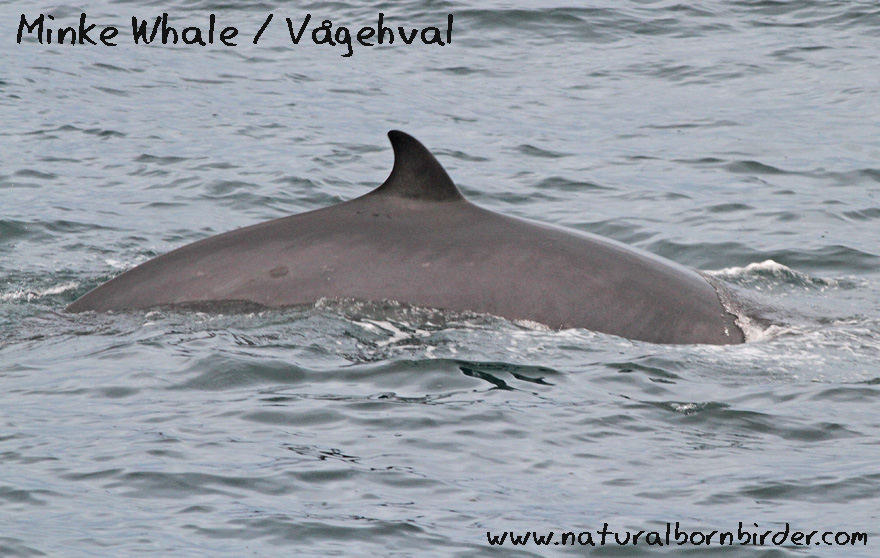 2.1474860012147E+19visits to this side since November 15, 2005.
All content on this site, including Natural Born Birder logo, is copyright © 2006-2021
High resolution versions of most images on this website are available. Please contact me for further details or other enquiries