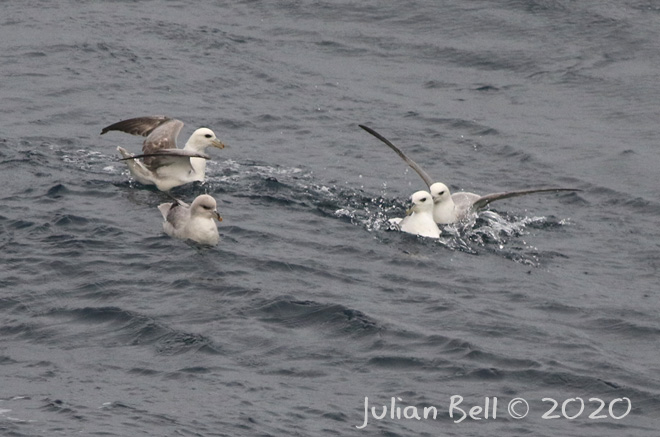 Early 2020 saw the company I worked for close down and all the jobs I had lined up disappear due to COVID-19. My bird-guiding also vanished overnight so the only option left was to return to the good old days and get back offshore for real....

The first trip I took as a freelance surveyor was a little on the early side to get much migration action as far north as the Haltenbank area of the Norwegian sector. I spent an hour on deck after shift every day - the weather was far from ideal for much of the trip but calmed down towards the end of it. The job was mostly pipeline inspection and we worked on various lines which took us close to Heidrun, Åsgard A and B, Kristin and Aasta Hansteen to name some of them.

One of the most interesting / encouraging sightings were that Kittiwakes were occupying nesting sites on Heidrun again - just like last time I was there. It is amazing that these small gulls can not only survive, but thrive under the conditions on Haltenbank at this time of year. Gale force winds with accompanying heavy seas and lashing rain / snow / hail did not seem to put them off. There was also some indication that Kittiakes were attempting to breed on Åsgard B with lots of birds congregating there and sitting around on the platform. Interestingly there were also a couple of Cormorant using Åsgard B - could it be that they too were evaluating breeding there?

We were outside the safety zone during the time I was on deck so pictures were taken at long range.

Note the amount of plastic rope used in the nest building

Almost every available ledge was in use

Cormorants and Kittiwakes on Åsgard B, March 2020
Some of the netting around the platform is visible in this image.

Here Kittiwakes can be seen occupying ledges along with netting around the platform.
I do not know the purpose of the netting, though some thought it to be in place to prevent the Kittiwakes nesting.


Seabirds also featured quite a bit this trip with a couple of sightings of Blue Fulmar and several intermediate birds. Gannets and Great Skua were also regular. 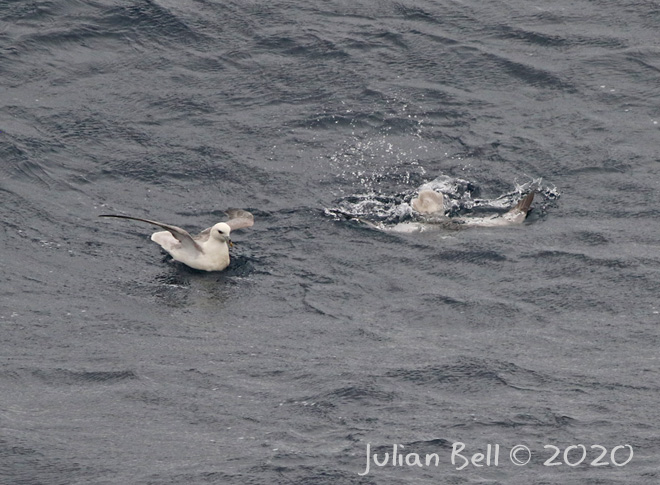 Fulmar diving for food, Norwegian Sector, April 2020
It is often difficult to see what Fulmar actually feed on - they will often sit around staring at the sea and picking up small prey items, they also dive to catch things - often jellyfish. They are quite protective of their little bit of water and hold their wings out to defend it. 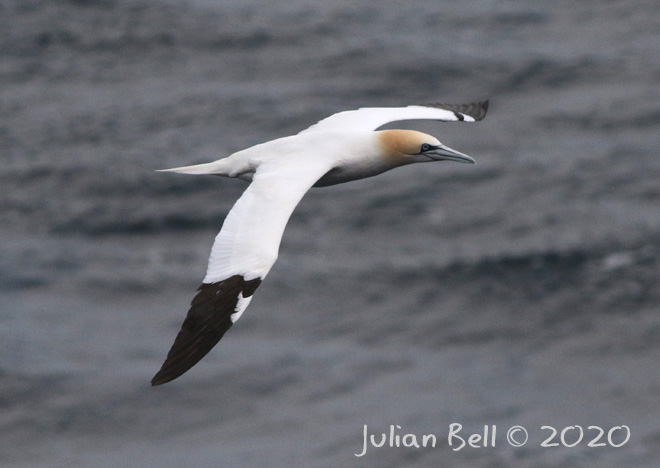 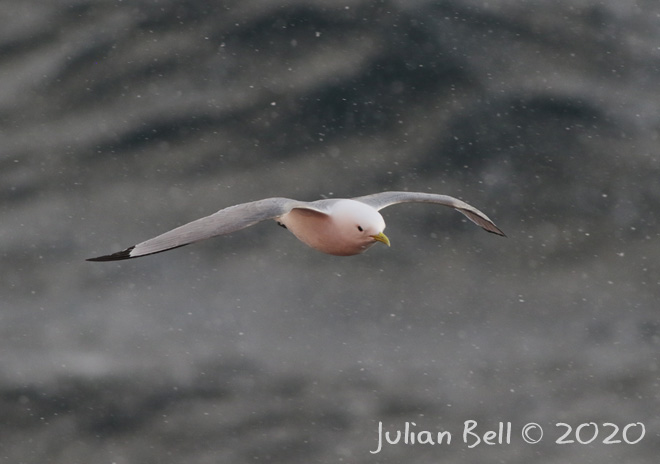 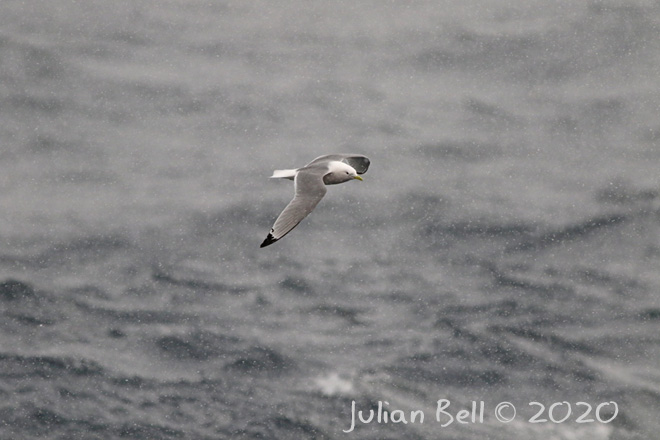 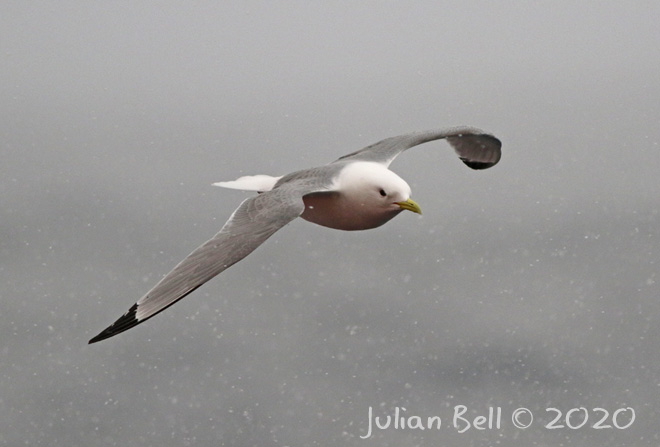 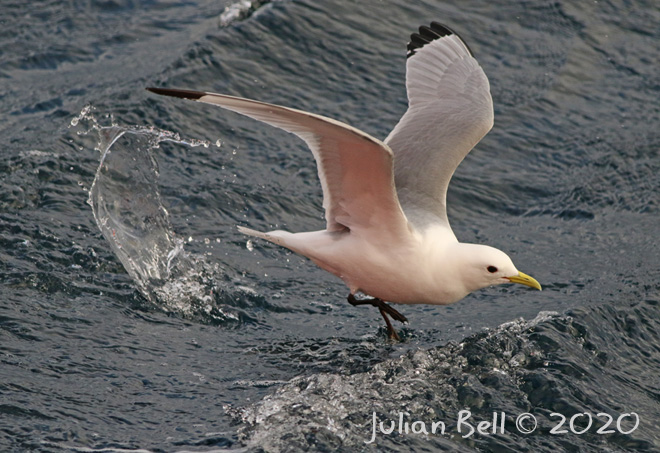 Not just birds were seen - here a ray at a depth of over 1250m close to Aasta Hansteen where this species was very numerous.
This image was cropped from a HD video frame grab.
Aasta Hansteen, Norwegian Sector, April 2020

Rays/skates, northern Norwegian sector, April 2020
Showing the variation in colour of these fish

A rather pale individual

Heading into Kristiansund, April 2020
The coast outside Kristiansund is stunning - and made all the better with a combination of fantastic weather and crewchange day

Edda Flora, the vessel I was on for this trip, photgraphed back home in Øygarden

All content on this site, including Natural Born Birder logo, is copyright © 2005 - 2020
High resolution versions of most images on this website are available. Please contact me regarding use or for other enquiries.