This arbitarily defined area covers the southern part of the Nowegian Sector, covering Statfjord, Gullfaks, Troll and Oseberg along with a host of smaller areas. For pictures of some of the offshore installations in this area click here.

The above picture is a snapshot from this site

The Troll platform boasts some amazing statistics about its immense height. From the surface it is deceptively small but the steel and concrete structure is vast. This platform is even visible from the top of Gullfjell - at least using binoculars.

It is not just birds that can be seen offshore - here a video frame grab of a Porbeagle Shark, October 2015

It was on the Troll field that a Yellow-browed Warbler landed on my computer screen in the middle of the night. During an autumn fall of migrants on the Troll field an unlikely set of dining companions shared biscuit crumbs flung onto the roof of a 20' container - a Lesser Whitethroat and a Little Stint. It is a rare event to see these two species together even on land, but feeding on the same food at the same time must be a unique experience.

The area around the Troll platforms is generally poor for seabirds, although exceptions do occur. It often strikes me as odd that Northern Fulmar and Glaucous gull are regular species here during the winter months - whilst at the same time both these species are rather scarce along the west coast of Norway a mere 50km away. 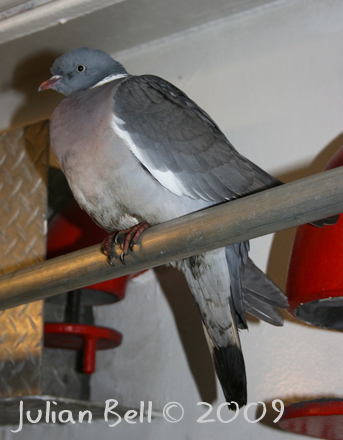 
Oseberg to the south west of Troll is in much shallower water and seabirds seem a lot more prolific - this is the area where I have seen Storm Petrels more regularly than anywhere else in the Norwegian Sector. The numbers of Northern Fulmar and Northern Gannet can be high here with over 1000 of the former noted on a number of occasions - often in conjunction with fishing vessels. 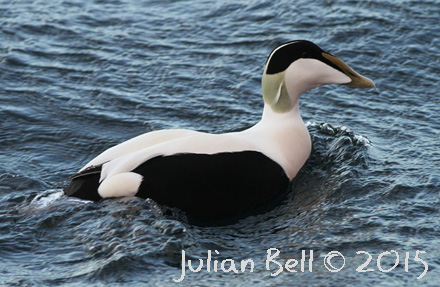 
Even in winter passerines can be on the move - a Great Tit on the helideck of a boat at Kvitebjørn on 10th December 2002 must have been part of a cold weather movement forcing birds off the continent. A Tree Sparrow at Statfjord 27 April 1993 was another unusual species to be seen offshore.

Black-legged Kittiwakes, one of the few gulls that can actually be called a "seagull", often prefer to sit on the helideck than on the sea. In contrast their more land-loving relatives choose to sit on the sea instead. In the picture above they have been joined by a young Common Gull.. 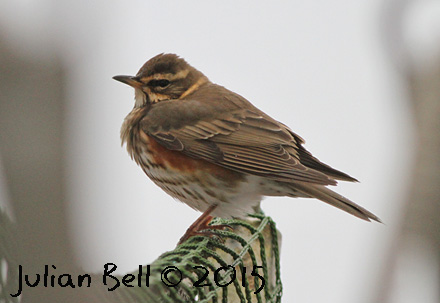 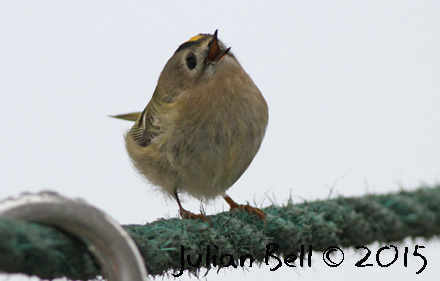 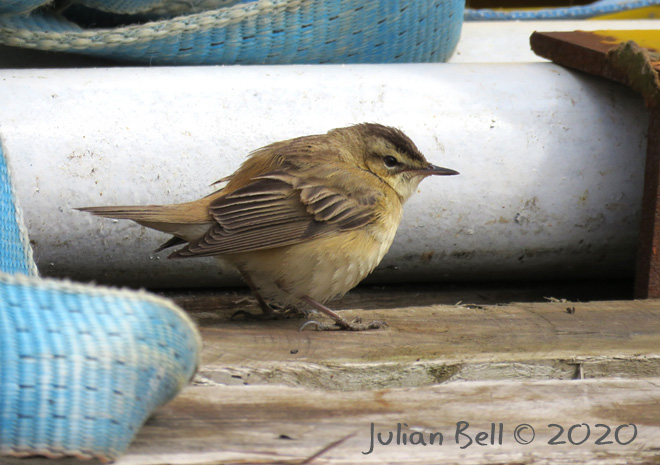 Sedge Warbler on a jack-up rig at Brynhild, May 2020


All content on this site, including Natural Born Birder logo, is copyright © 2006-2020.
High resolution versions of most pictures on this website are available. Please contact me for further details or other enquiries.