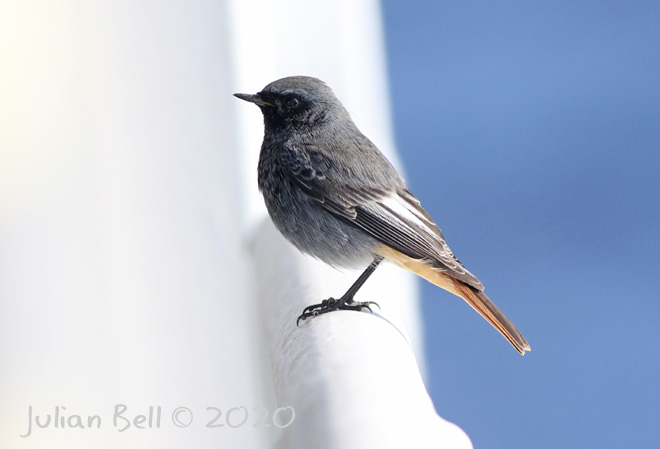 Continuing my work as a freelance surveyor I headed to the Mediterranean for a couple of weeks route survey in October 2020. The route went from the east coast of Spain across to Mallorca - an area I have worked in before. It took a few days before I managed to get out on deck but from 24 October I spent an hour on deck every morning prior to going on shift. This was one of the more difficult vessels to bird from as there were few areas with easy access outside - so most mornings were spent standing under the helideck. Going out on deck to take sound velocity profiles provided a few extra birds now and again.

I saw a total of 19 species, most of these typical late autumn migrants. Black Redstart were present onboard on a daily basis and, at least on days without strong winds, managed to find plenty of food - insects were also crossing the Mediterranean. White Wagtail were the next most regular species onboard and were aslo seen on direct migration.

Gulls were often at long range and although it is likely that most were Yellow-legged Gulls I did see a couple of Audoin's Gulls. Smaller gulls were also present but the only ones positively identified were Mediterranean Gulls.

Flocks of unidentified passerines were seen heading towards Mallorca on several days.

Other links to offshore birding in the Mediterranean

The first few days were spent approximately 50km east of Spain whilst we investigated the slopes heading down from the continental shelf. Here Balearic Shearwaters put in an appearance along with small numbers of Scopoli's Shearwaters. 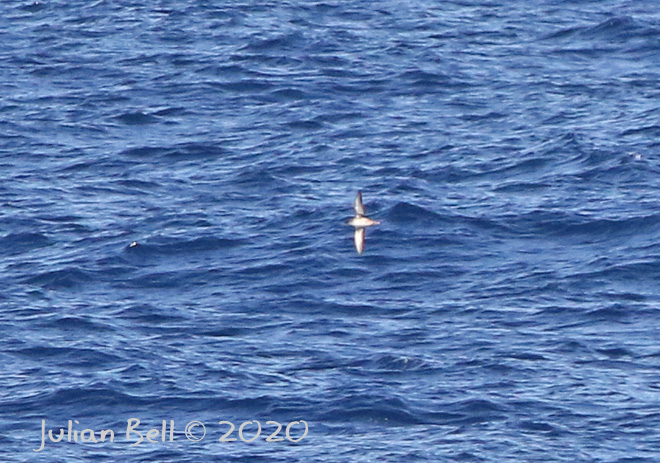 
I only saw Balearic Shearwaters on the Spanish side of the route up to about 50km east of the Spanish mainland. This time around I did not note them closer to Mallorca. 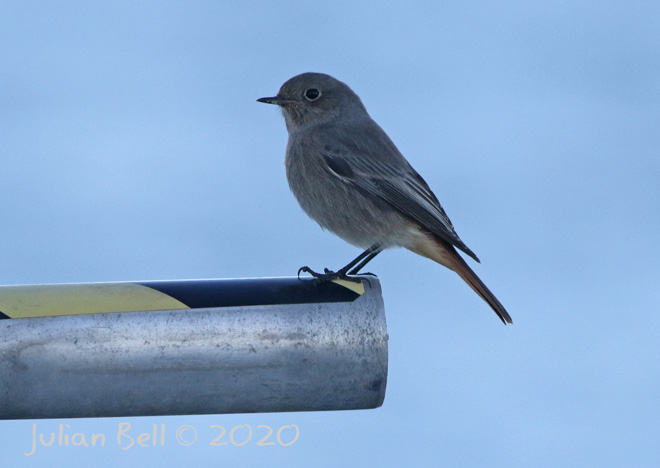 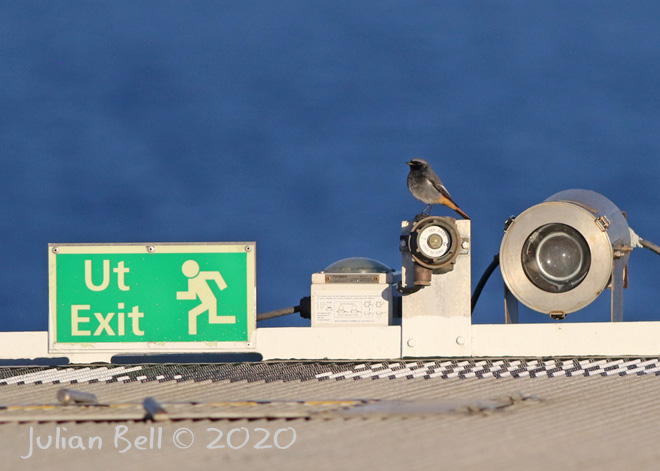 We then worked our way east before looking at some route alternatives on the Mallorca side of the route. On the Mallorcan side the best day was 28 October with a big movement of Scoploi's Shearwater with at least 145 heading west during my hour on deck in the morning. I spent a bit more time on deck on work related telephone calls during which a pod of Bottle-nosed Dolphins and  a flock of three Cattle Egrets turned up. 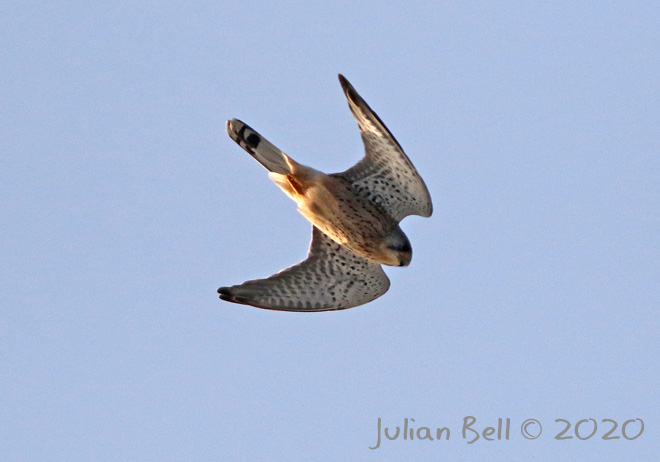 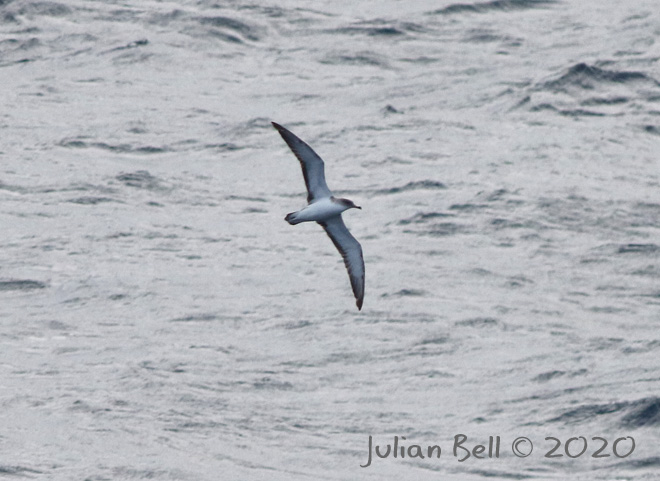 Scopoli's Shearwater, Mediterranean, October 2020
Far from the best photos I have of this species - my best ones are not even in the following book where some of my other Scopoli images have been used.
One day they will turn up on my website:) 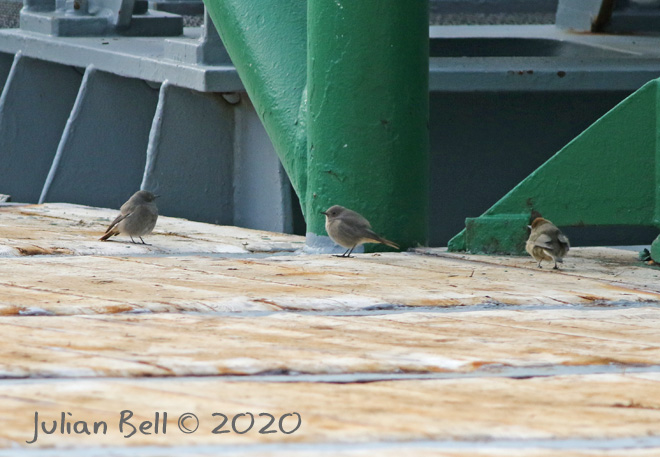 Fishing vessel with Mallorca in the background
Yet again we saw that the Mediterranean is trawled heavily to much deeper depths than the North Sea. 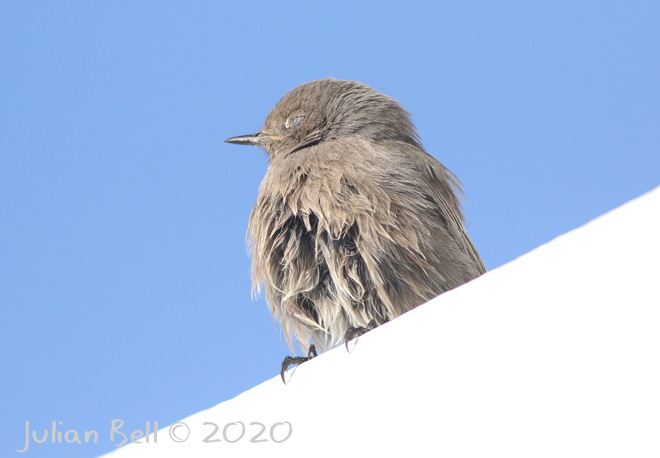 A Black Redstart that probably didn't make it, October 2020 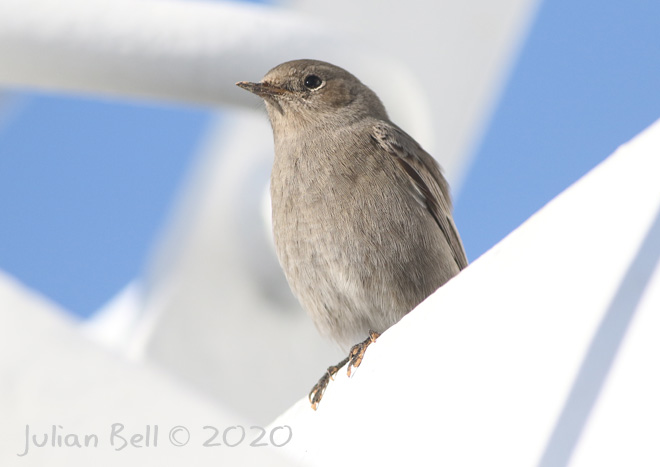 This one sat side by side with the bird in the image above and looked to be in good shape.
At least on the days when it was not too windy I saw these birds actively catching insects such as flies and small moths that were also attempting to cross the Mediterranean. 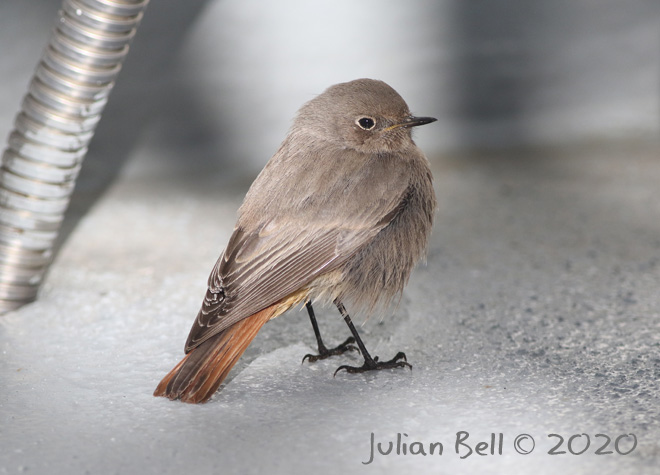 Black Redstart, October 2020
Still looking pretty good despite not being in the best of shape. 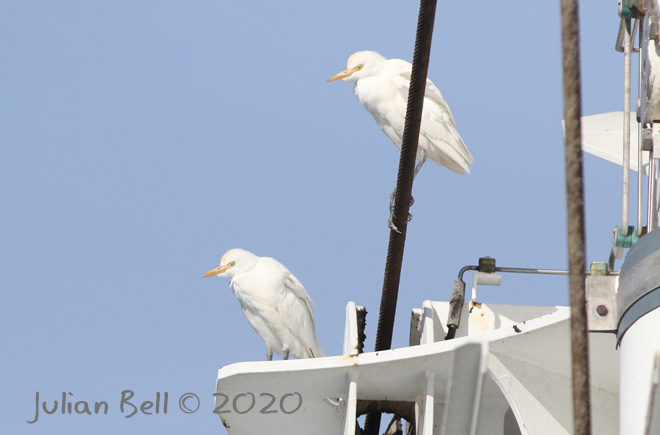 Two of three Cattle Egrets that landed onboard close to Mallorca, October 2020
Cattle Egret are one of the most widespread species in the world and have turned up on survey vessels I have worked on many times


On this trip there were MMOs (Marine Mammal Observers) onboard. They spent their entire days looking out over the sea for marine mammals and manged to see surprisingly many in addition to moonfish, tuna, turtles and more. They also kept an eye on the birdlife so it was always interesting to chat at mealtimes. Sounds like a career choice that would have suited me very well.....


This is the book I use for marine mammal identification 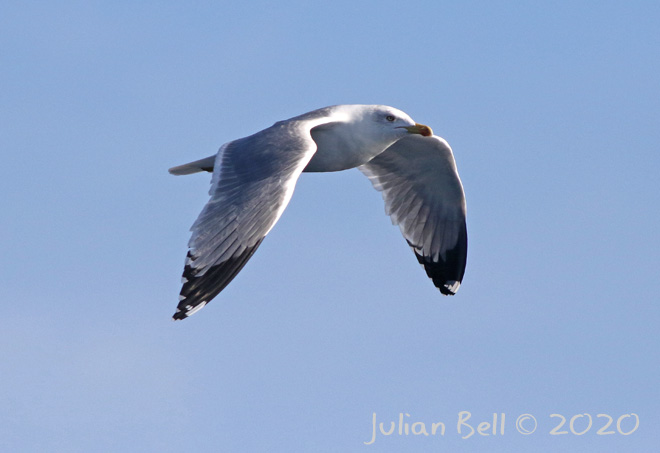 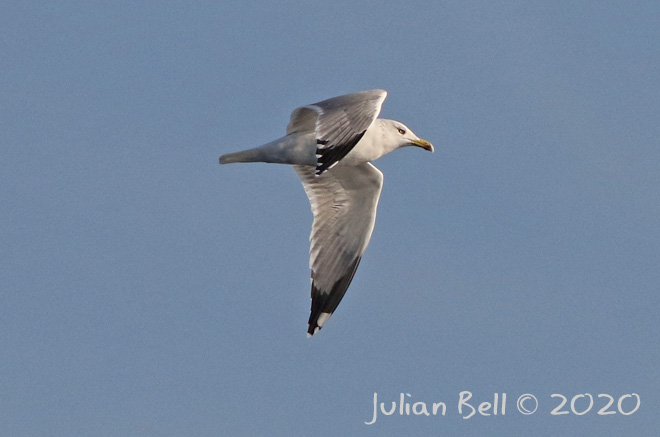 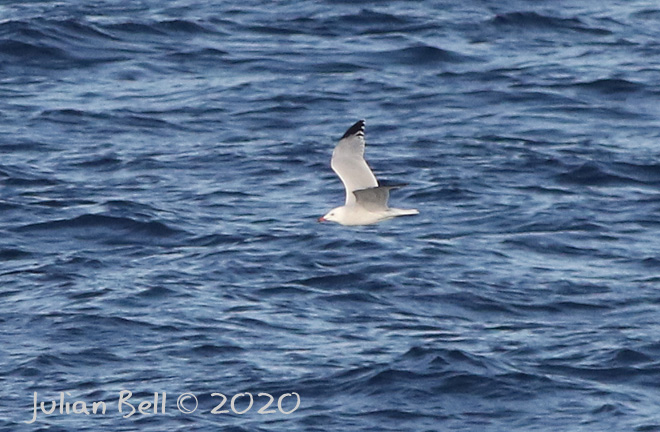 All content on this site, including Natural Born Birder logo, is copyright © 2005 - 2020
High resolution versions of most images on this website are available. Please contact me regarding use or for other enquiries.