The jobs here were both AUV geophysical surveys with a variety of geotechnical sampling in order to map possible routes for the offshore section of a gas pipeline from the Tamar field to Israel. The vessel mobilised on both occasions at Limassol, Cyprus.


As usual the eastern Mediterranean was disappointing for seabirds with very little to be seen other than a few presumed Yellow-legged Gulls - occasional Cormorants, a few Lesser Black-backed Gulls and, in 2009, a single Pomarine Skua. January 2010 and January 2011 was even quieter with almost no birds at all sighted - with the notable exception of adult winter Pallas's Gulls on a few occasions. These birds were invariably feeding offshore at night, not far inside the Israeli 12 nautical mile limits.

The Yellow-egged Gull presumption was proved wrong in 2011 as most of the "yellow legged" gulls were in fact either Armenian Gulls or Heuglin's Gulls. 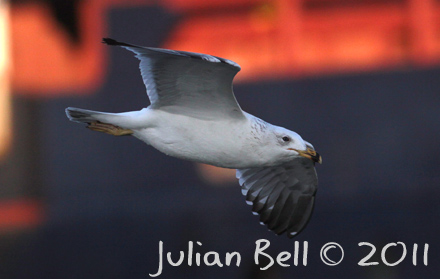 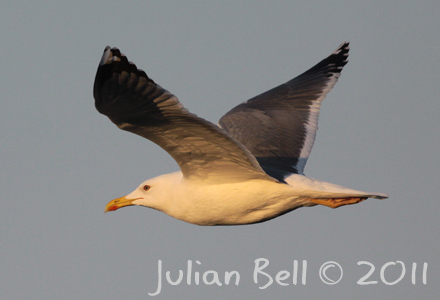 
In late November 2009 quite a few migrants landed onboard, mostly during spells of cloudy or rainy weather. No passerines landed on the vessel during December but quite a few were flying around at night during the frequent periods of strong winds. All remained unidentified but included larks and a wader. Christmas and New Year saw most of Europe struggling with extenisve snow and temperatures well below freezing - a Song Thrush on the back deck bore testament to the harshness of the conditions further north. This bird was obviously fleeing the cold and attempting to cross the med in a desparate bid to survive. A few unidentified passerines were seen offshore during January 2011, two of which were thrushes of some kind

Very little of any kind of sealife was seen either, occasional schools of Tuna, some flying fish (especially nearer to shore) and small numbers of squid - a few of which were washed up on deck during periods of bad weather. 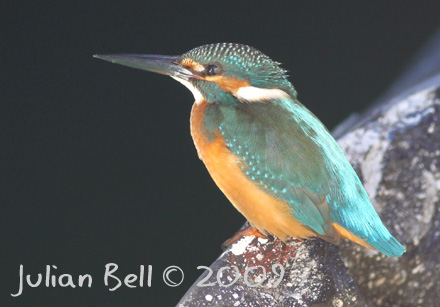 This Kingfisher fished right beside our vessel alongside in Limassol


The last week of November was by far the most productive with Black Redstarts onboard more or less daily. On one occasion they were joined by a Stonechat. Other birds included White Wagtail and Meadow Pipit. Perhaps the most unexpected sighting of the trip was a migrant Crag Martin seemingly hunting insects attracted to the lights illuminating the back deck during the night of 01 December.

There was much more drama with vessels sinking than with any natural phenomena - at least three different vessels went down in the space of a few weeks. Our vessel was invloved in the search for survivors from one of these  - the Salla 2. All we found was a lifebelt from the stricken ship. Whilst scanning the sea with the searchlights quite a number of birds were picked up struggling to cross the stormy seas to Africa.


Perhaps surprisingly an amazing number and variety of insects were seen onboard - no doubt attempting to cross the Mediterranean. These included dragonflies, butterflies, bugs and moths. In January 2011 there were also quite a lot of insects seen - including some migrating Bedstraw Hawk Moths. 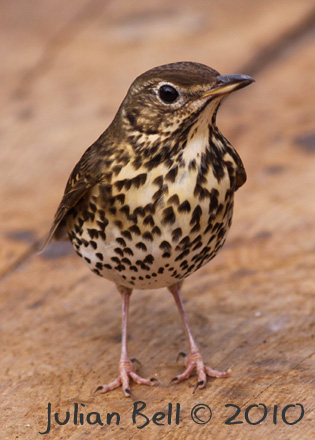 Song Thrush, Eastern Mediterranean, January 2010
This bird was attempting to cross the Mediterranean in order to escape the extreme cold in northern Europe 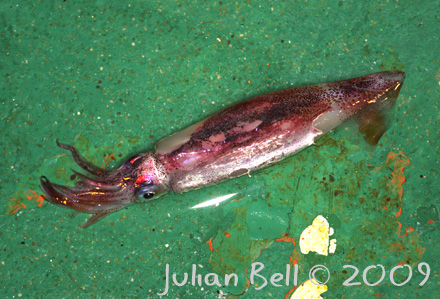 A distant water spout on the horizon

Tosca-1 - a small vessel we used for crewchanges and urgent supplies - pictured here outside Haifa, Israel

Above HUGIN AUV launch, below recovery 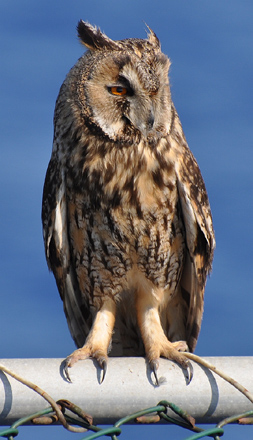 
All content on this site, including Natural Born Birder logo, is copyright © 2005 - 2017
High resolution versions of most images on this website are available. Please contact me regarding use or for other enquiries.