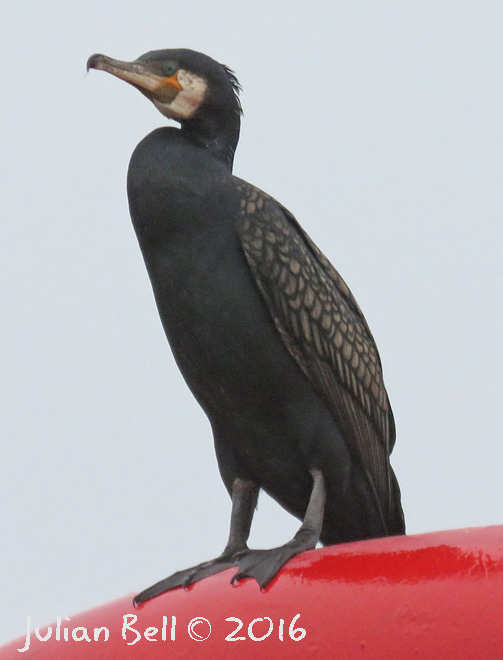 Sinensis Cormorant, Danish Sector, May 2016
The angle on the rear edge of the gular patch shows that this bird is of the sinensis form

In May 2016 I was once again on my favourite offshore survey vessel, Geosund, in the Danish Sector of the North Sea.  As usual I did not get out on deck as much as I would have liked but as luck would have it there were a couple of days with decents "falls" towards the end of the trip that I managed to document to some degree.

There were two main items of interest this time - one was the behaviour of the migrating hirundines, the other was that I had left my tried and trusted DSLR and telephoto lens behind and used a "point and pray" superzoom to take pictures of the birds that turned up onboard. For more details about cameras for bird photography including the pros and cons of superzooms v DSLR cameras see some of the articles on this page.

The superzoom camera I am currently using is a Canon Powershot  SX60 HS. I have yet to get into the nitty gritty of this camera but it obviously does a decent enough job. 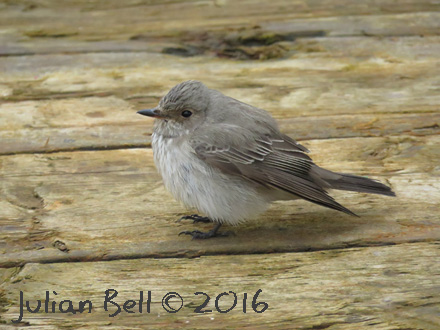 
The Canon Powershot got a baptism of fire and without any other cameras available it was not possible to perform any side-by-side comparisons. As usual for superzoom cameras there were two main disadvantages - shutter lag meant it was difficult to take pictures of birds in flight or when very active. Images were also rather pixellated - probably due to the jpeg filter used. It must be emphasised that I have not got into the details of all the functions available and better results may be possible.

Advatantages were:
- the low-light performance which was quite impressive
- the ability to zoom out and take "normal" photos with the same camera
- Price!
- Weight and size - much easier to have just the superzoom camera in my offshore bag 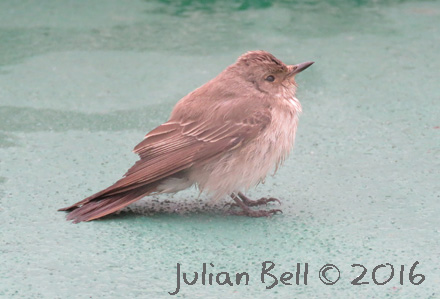 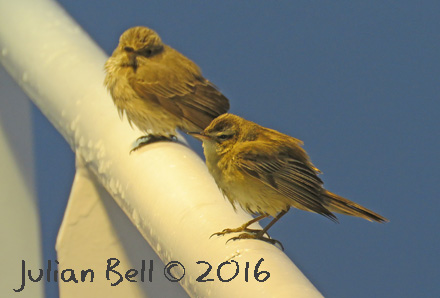 Pre-dawn Sedge Warbler with Spotted Flycatcher, Danish Sector of the North Sea, May 2016


The species that arrived on 25-26 May during a period of calm but foggy weather were:

The only seabirds observed were a couple of Fulmar. 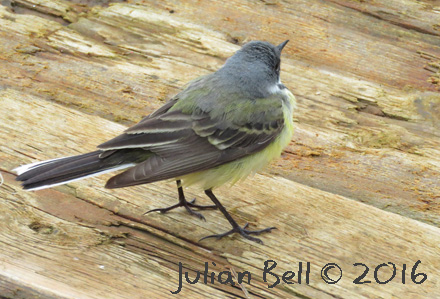 This Yellow Wagtail was incredibly active and presented a real challenge to photograph using the superzoom cemera
Danish Sector, May 2016 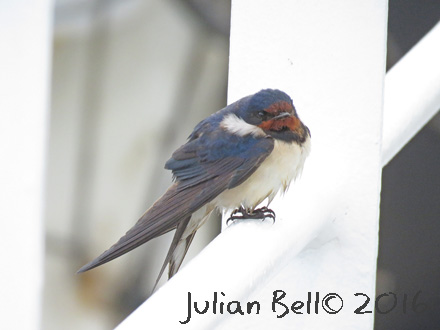 A Swallow takes a break from its migration, Danish Sector, May 2016 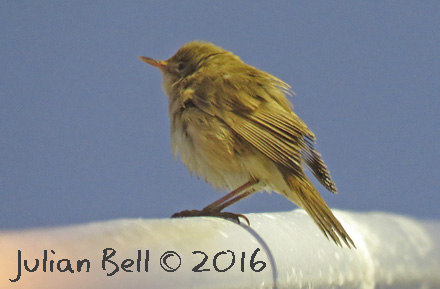 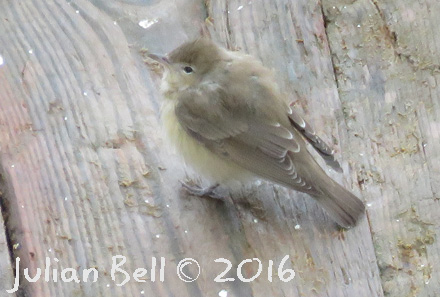 
A number of the species that turned up onboard exhibited some territorial behaviour. The Spotted Flycatchers were very aggressive towards each other and even other passerines. The hirundines espicially interesting. Sand Martins inspected holes in the bulwarks as potential nest site, House Martins investigated suitable overhangs for their nest sites whilst the Swallows swooped in and out of the ROV hanger - the nearest thing to a barn or a garage we have onboard!

Platform in Danish Sector, May 2016
All images on this page were taken with a superzoom camera not my usual DSLR and telephoto lens
All content on this site, including Natural Born Birder logo, is copyright © 2005 - 2016
High resolution versions of most images on this website are available. Please contact me regarding use or for other enquiries.