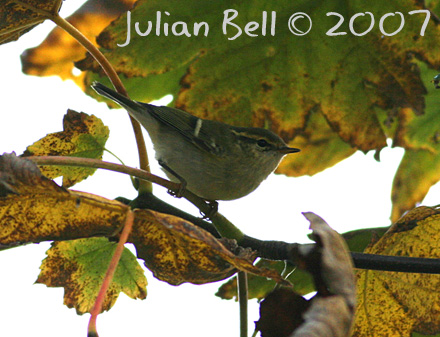 Herdlevær is one of the best places in Øygarden for rare passerines and every year, especially in the autumn, a number of good birds turn up. Being very close to Skogsøy it is the perfect place to stroll around after a morning seawatching. Sometimes it pays to use the whole day at Herdlevær - it can be excellent for visible migration of passerines, noteably Waxwing and Crossbill. Some seabirds can also be seen from Herdlevær - indeed it can be worth checking to see if there is much activity over the sea before heading out to Skogsøy.

As with the rest of Øygarden, Herdlevær does not get a great deal of coverage, but birders from Bergen visit fairly regularly during the spring and autumn. Yellow-browed Warbler is probabaly annual at this locality, occasionally with up to several birds present. The local residents here are to some degree used to strangers peering into their gardens in search of rarities - occasionally when a "twitch" happens birders from all over Norway can descend on the island. However, people are not used to birders in the same way as many places in Europe and one should not enter gardens, even if there is a "mega" there. 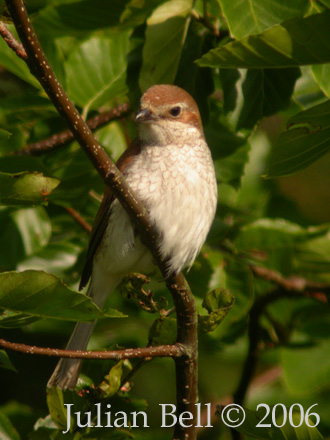 Although actually an island it barely seems that way with just a few very short bridges to drive across. The area consists of a number of gardens, some farmland and a few lakes. One can also scan the sea and check some of the islands where waders sometimes gather. The calm waters on the inland side of Herdlevær regularly produce grebes and divers along with the more usual seaduck and auks. The bay to the north of Herdlevær is one of the better areas in Øygarden to see Black Guillemot in winter.

Often quiet bird-wise this place can be transformed under the right weather conditions and thousands of birds can be present during the autumn. Generally speaking there are very few "falls" in the spring and "sub Saharan" migrants tend to be thin on the ground at this time of year. Most birders visit Herdlevær after a day of seawatching and during the spring good seawatching weather is, as a rule, not terribly productive for passerines.

"Bombehagen", Herdlevær - THE rarity garden
This place must have one of the best garden lists in the "county" of Hordaland


In 2015 ringing in this area has been started and will no doubt be productive - especially in the autumn.

There are a number of side roads / tracks, all of which are worth exploring as each is different in its own way. If one covers all these roads, checking the gardens and fields on a hectic day then at least a few hours can quickly pass.  If time permits the area of heath, grassland and pools to the north of the village can be worth a look.

The commonest species of warbler in the autumn tend to be Blackcap and Chiff-chaff, with smaller numbers of Garden Warblers being seen.

Raptors are often seen here, Sparrowhawk, Peregrine and White-tailed Eagle are the most common and numbers of the former can reach double figures during the autumn. Goshawk, Kestrel and Merlin are all regular visitors too.

The heath, grassland and pools to the north often hold few birds, but if there is time are still worth checking for waders, wildfowl and raptors. 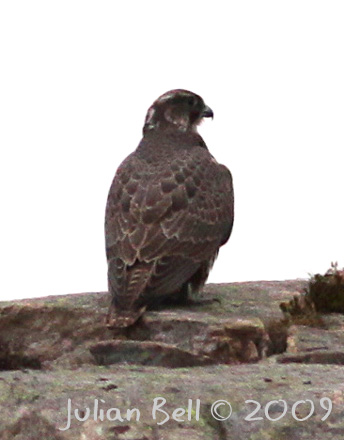 
A few of the commoner Øygarden wader species breed here and other species including Jack Snipe, Green Sandpiper, Ruff and Bar-tailed Godwit can turn up, although Common Snipe and Eurasian Woodcock (in season) are more regular.

Small numbers of ducks and geese rest on the freshwater pools in the area during migration times and outside the breeding season there is a Heron roost which can number up to 50 birds.

Passerines in this heathy area to the north of the settlement are generally limited to the usal Øygarden species but Stonechat have been recorded out in this area.


Linnet are one of the commonest finches during the summers months. Twite, although in decline, probably breed in small numbers and are generally more abundant from late summer through autumn. The numerous woods are full of Willow Warbler, Common Whitethroat, Lesser Redpoll, Chaffinch, Crested Tit and Coal Tit. Crossbills are regular and can turn up in large numbers pretty much at any time of year - both Common and Parrot Crossbills can be seen, although the latter is considerably less regular. 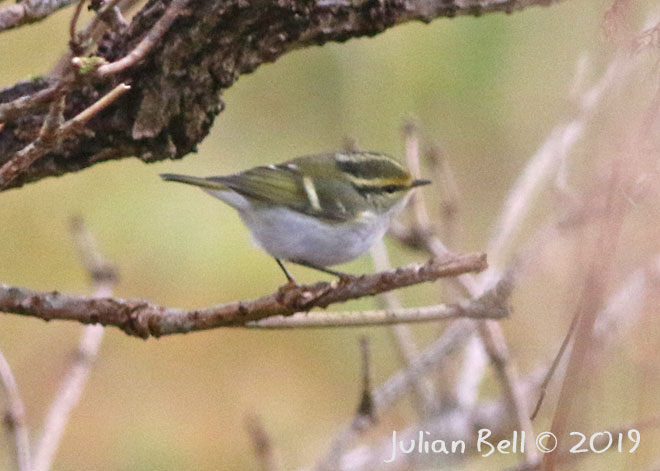 Pallas's Warbler, Herdlevær, October 2019
This is the second of this Siberian gem I have found at this locality

A selection of the rarities seen at Herdlevær is given below: 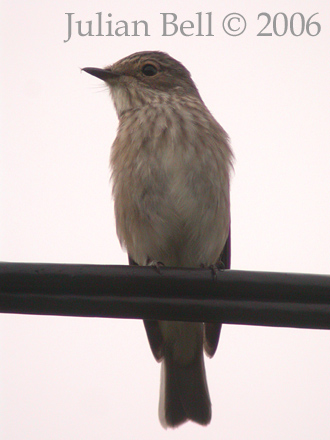 
; 38838visits to this side since June 27, 2006.
All content on this site, including Natural Born Birder logo, is copyright © 2005-2020
High resolution versions of most images on this website are available. Please Contact me for further details or other enquiries