This is one of the main target species in the spring, from late April and well into June. For further details click here. White-billed Diver also turn up occasionally during the winter, but this is barely annual. 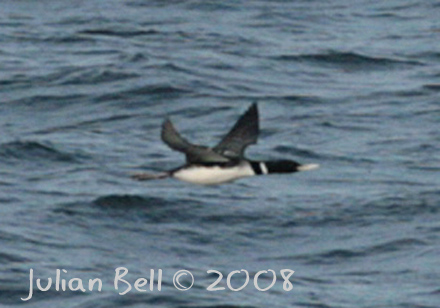 White-tailed Eagle is in many ways THE bird of Øygarden. The species is especially visible in the winter months when several can be seen during the course of a days birding. It is likely that numbers are swelled at this time by younger birds from further north. 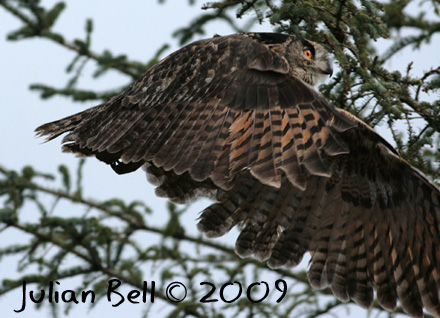 In Øygarden, Grey-headed Woodpecker is largely a regular autumn migrant in small numbers; I have recorded it each autumn since I moved out here. Small numbers are recorded in the early spring and species has been suspected of breeding in the area. The graph below shows records of this species (from myself and Eddie Chapman)  by week number. It is quite clear that this species is a late autumn migrant, only occasionally noted at other times of the year.

Perhaps observers at migration hotspots outside Norway should be keeping their eyes open for this species?


Bohemian Waxwing are a very regular autumn migrant in Øygarden. This species seems to exhibit two types of movement, first a regular migration in mid-October to early November  followed by much smaller and more irregular irruptive movements during the winter. Most birds are seen on direct migration, and do not tend to stop for long. The one pictured above was part of a group that landed briefly in my garden.

The graph below shows that the species is seen on most visits in late October on my local patch in Øygarden. The pattern in other places in Øygarden is very similar, for example 385 heading south 05 November 2005 past Herdlevær.

Compare the above with the pattern of occurrence at my old patch, an inland site east of Bergen, Norway. Here there was some indication of the October / November migration - these birds were often seen heading south. However, the majority of records are of wandering flocks during the winter. 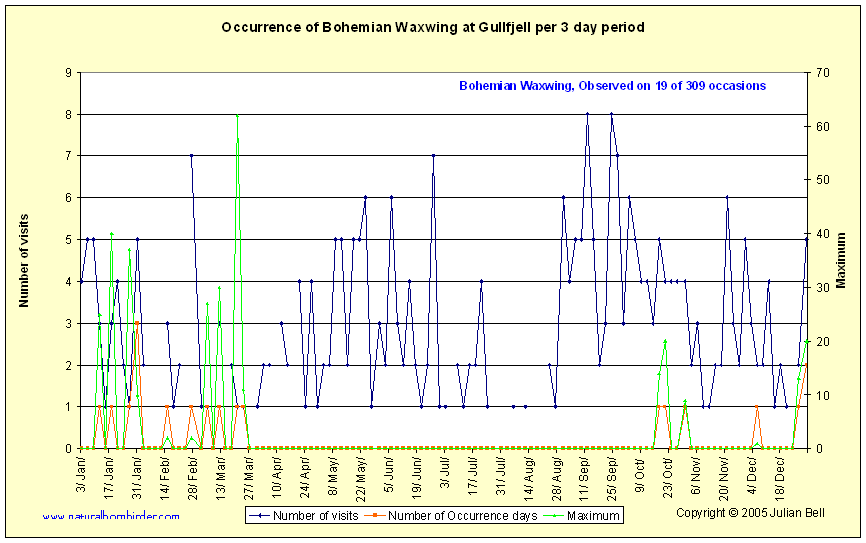