14-19 November 2017
This trip report covers the best part of a week spent in Bhutan with Nature Tourism Bhutan. As usual for my holidays this was not strictly speaking a full-on birding trip (we would have visited other areas of Bhutan for that and probably spent longer there too). However, there was a higher focus on birds than usual with certain species prioritised in between various cultural experiences and hiking in the spectacular mountains. The birding priority for me was Ibisbill - a species I have dreamed of seeing since I was a teenager and was one of the first species we encountered. We spent only five very full nights / six days in Bhutan as this is what our budget allowed for - on the face of it the flat rate $250 daily price tag all visitors to the country must pay seems expensive but one must remember that this includes everything except the bar bill - all food, accomodation, transport, guides and other costs were included. Part of the reasoning behind this pricing is to avoid destructive mass tourism and I for one fully support this.

Gross National Happiness is the big thing in Bhutan. I call it Gross Birding Happiness.

We used the Lonely Planet guide extensively for planning and during the trip:

Also as usual I played a very small role indeed in planning this trip; my girlfriend, together with the ever helpful and very patient Karma, put the trip together as a combination of birding, a Lonely Planet bucket list and hiking. My contribution was not much more than the words "I have to see Ibisbill" and some investigation in the rules governing the import of cigarettes into the (officially) non-smoking Bhutan.

As someone who doesn't like too much heat Bhutan was perfect for me with cool mornings and evenings yet pleasantly warm during the day. Our itinery was based on a typical "Lonely Planet" back-packers holiday - although we stayed in some vary nice hotels indeed.


This is the field guide I took with me:

This trip was part of a wider combined trip covering Darjeeling, Sikkim and Goa. See the following links for further details:

Bhutan is a beautiful country and our experiences here only made us want to come back and experience more. I would definitely like to get back to do some more serious birding....


We saw a total of at least 67 species during our stay. A few raptors, a martin and some passerines escaped identification. For a European birder Bhutan was an easier transition species wise compared to destinations such as South America with quite a number of species in common with back home. 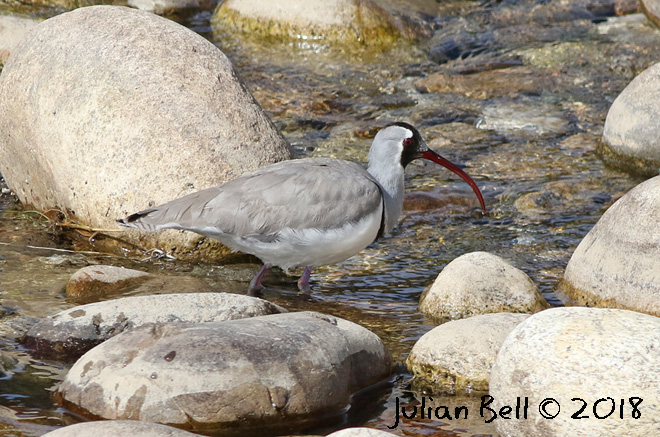 Ibisbill on the Paro river, Bhutan, November 2017
For more pictures of Ibisbill click on the image above

Paro 14 November
Before we arrived I read the itinery and I (almost) jokingly said that the itinery for our first day was hopelessly back to front with completely the wrong prioritising. Why bother with checking in at the hotel, eating and doing tourist stuff when the birds are on the river ? Thankfully our guide Yeshey was also a birder and must have implicitly understood that this could not work and we headed straight to the river and the Ibisbills......thank you Yeshey!!

I feel that a quote from the itinery is required here:
You will be received by the representative of Nature Tourism-Bhutan and drive you the hotel Drukchen, looking over the airport, national museum, Paro Dzong. After lunch drive through the charming small town on the way to the National Museum and Paro dzong. Back in the valley explore the banks of Paro river to look for Ibis bill, brown dipper and river chats.
Thankfully we did the exploration along the banks of the Paro river as the very first thing. It was at this point I knew our guide was the right man for the job. He KNEW that the river was the most important activity of the day. AND he took over my notebook and kept the bird list up to date - a sign of a real birder. Here we nailed the Ibisbills, Brown Dipper, some wonderful redstarts (Hodgsin's, Plumbeous and White-capped), other river chats and a variety of other species including shrikes and Russet Sparrow. 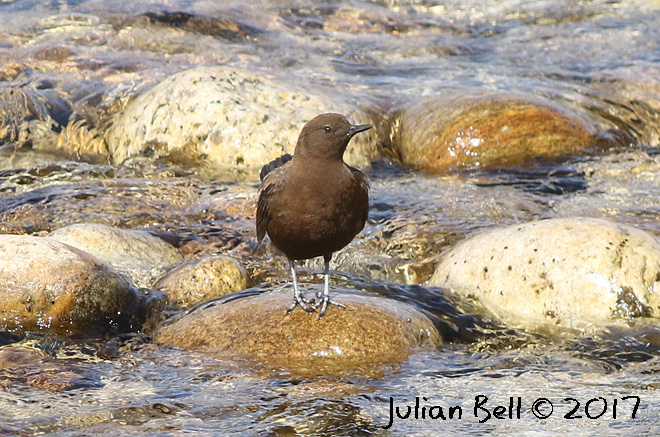 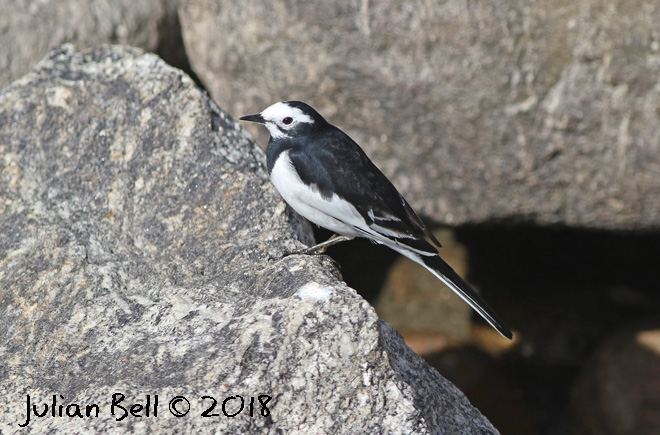 After this it was all touristy stuff - the museum, the fortess and the town in general including watching some of the national sport - archery. Yellow-billed Blue Magpie, Red-billed Chough and other species were added to the day list as we did these things. We wrapped up for the day with close views of a very skulky Black-tailed Crake.

A fantastic start to the trip and apart from the birds the skills of the local archers was very impressive.

Paro - Bumbdrak trek 15 November
The day was largely spent walking up the steep wooded hillsides from just outside to Paro up to a campsite at Bumdrak. A significant number of altitude metres walked! Parts of this walk were fairly quiet birdwise but in other places it was very busy. Highlights on the way up were a flock of Steppe Eagles which soared past whilst we ate our picnic lunch, Himalayan Vultures, cracking views of Black-faced Laughing Thrush, good numbers of tits and treecreepers and plenty more besides. Other species included Grey-crested Tit (also known as Fulvous Tit), Kalij Pheasant, Blood Pheasant, Rufous-breasted Accentor and Spotted Nutcracker. Once up at the campsite things got even better with ridiculously close views of Himalayan Monal along with White-throated Redstart and White-collared Thrush. 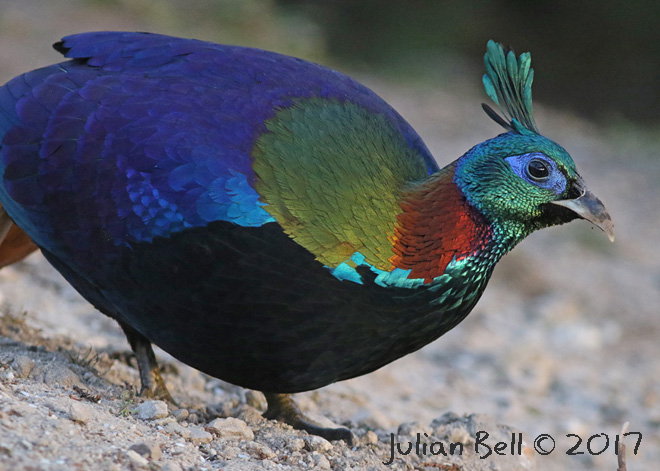 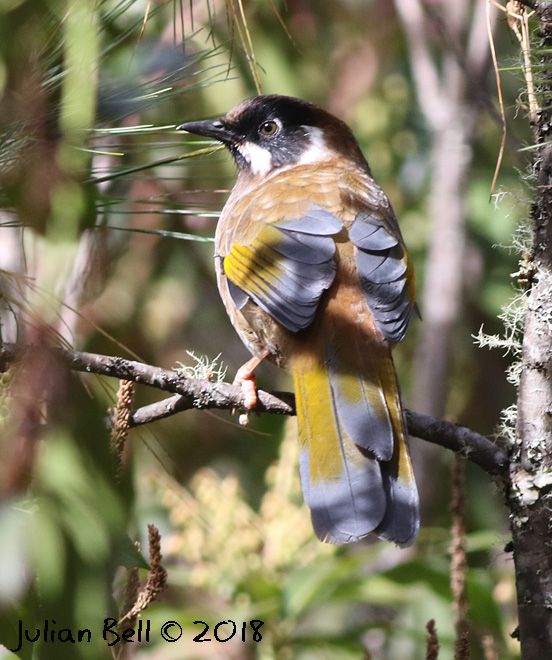 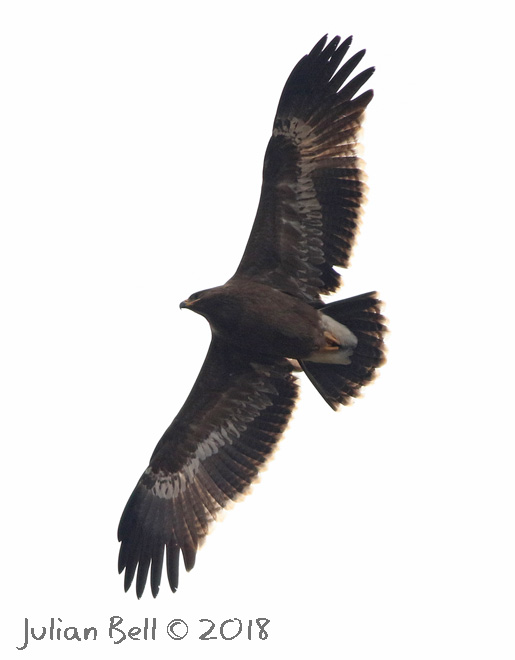 Steppe Eagle, Bhutan, November 2017
Steppe Eagle was the commonest eagle seen both in Bhutan and in northern India 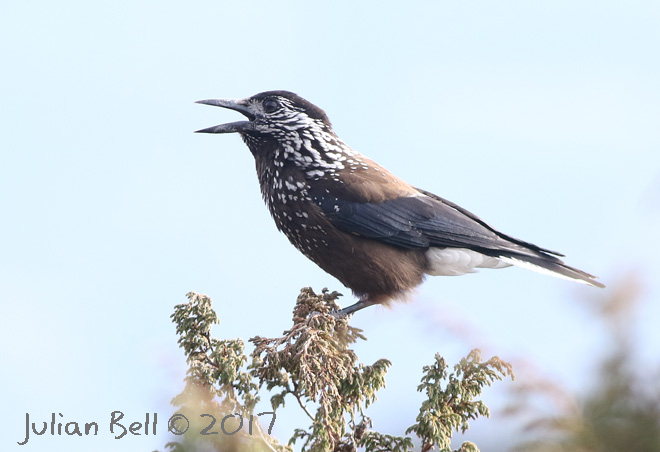 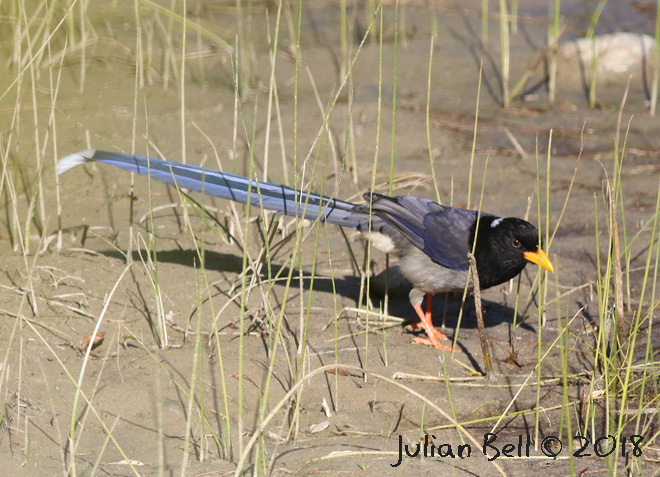 Bumdrak - Paro trek and drive to Thimphu 16 November
Another day of steep slopes - this time downhill from almost 4000m back into the Paro valley. We visited what may be Bhutan's most popular tourist destination - the Tiger's Nest (Taktsang) - on the way down.

Plenty of good birds seen including crippling views of Alpine Accentors, a small flock of Blood Pheasant, White-winged Grosbeaks and a Hen Harrier.

A stealthy post lunch smoke - hidden away close to where the restaurant disposed of its compost gave us very close views of a flock of Spotting Laughingthrushes. As Laughingthrushes often tend to be hidden in dense foliage it was a nice change to see them so well.


We arrived at Thimphu as the light went but checked out the river there picking up Ibisbills, River Lapwings, Green Sandpiper and Common Sandpipers. 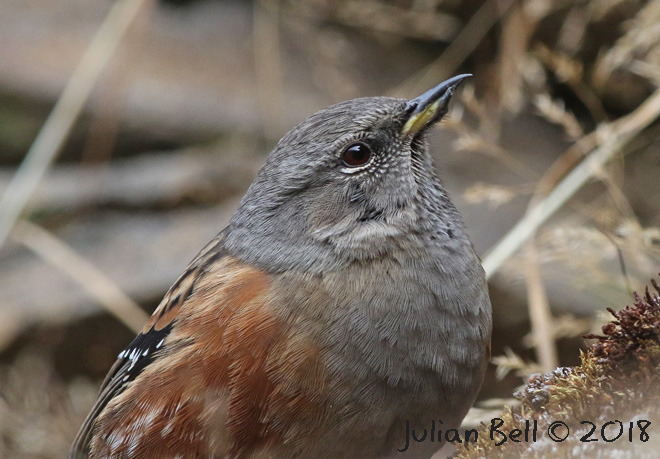 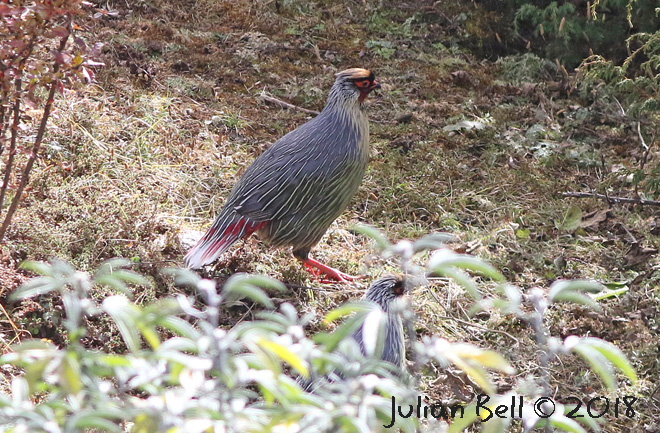 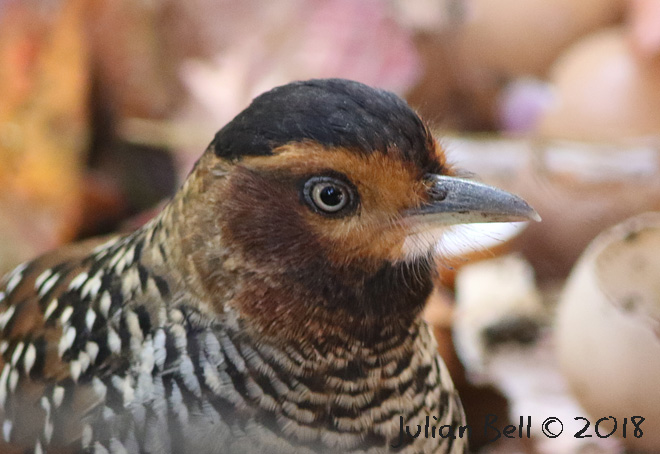 Early morning view from the summit above the campsite. Simply amazing

After this we drove to the spectacular Dochu la pass and hiked up to the Lungchuzekha temple which gave even bettwer views of the Himalayan mountains. This walk gave little in the way of new bird species but amazing views of the nipalensis race of Eurasian Wren. Rusty-flanked Treecreeper was an addition to the trip list here and the woods were full of the usual Red Crossbills, Nutcrackers and tits including a few Rusty-vented among the Coal tits.

We had a close encounter with some Yaks on our way down to our hotel for the night - the Dochu Eco Retreat. It seemed like we were the only guests at this fantastically located hotel. 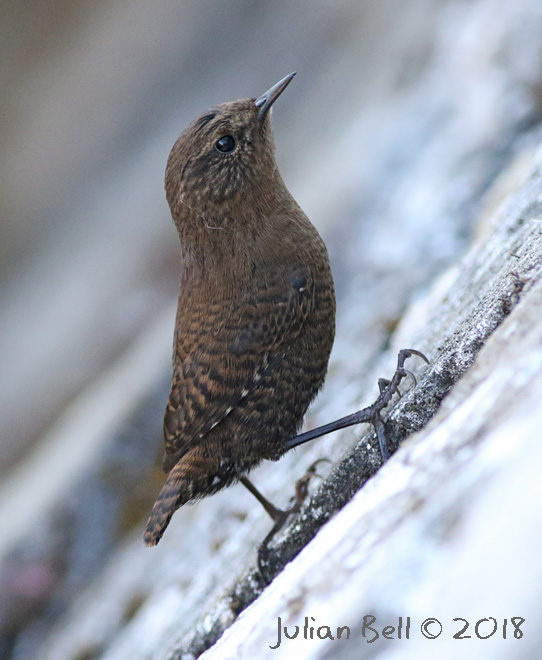 nipalensis race of Eurasian Wren, Bhutan, November 2017
Click on the image above for more pictures.

Yak in the forest

Dochu la – Lamperi – Paro, 18 November
A quiet early morning stroll in the Royal Botanical Gardens provided us with more new species. Birding here was more challenging  with many birds hidden in dense vegetation - but a decent variety gave themselves up quite well. Not knowing the all the calls was frustrating!

Highlights here were good views of a feeding Black-tailed Crake, three species of Laughingthrush, Ashy-throated Warbler, a couple of Hill Partridge and some mixed flocks of feeding birds.


We also popped in at a tourist site I suspect not many have visited (with the exception of birders of course). A must do site for birders in Bhutan is the Thimphu sewage works. I had seen a few ducks there as we drove past in the car on 16th and casually mentioned this to our guide. Unfortunately the ducks were gone when we returned on our journey back to Paro but there were 13 River Lapwings there when we stopped to check it out. It is unlikely that this site will make it into the Lonely Planet guide any time soon though... 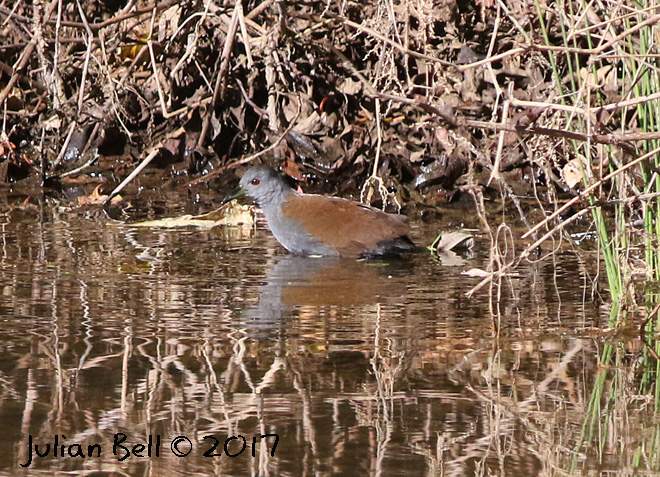 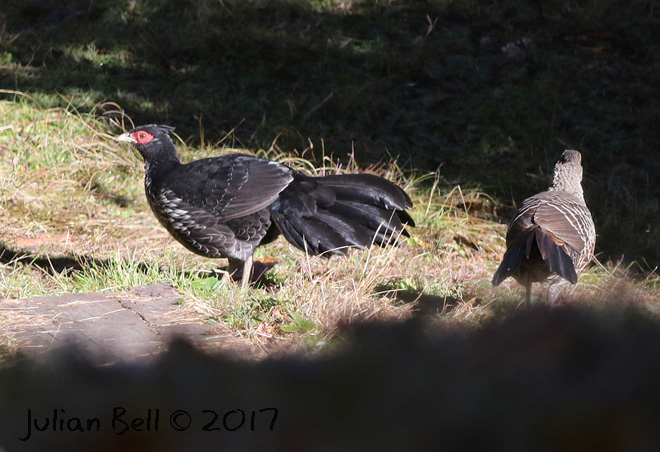 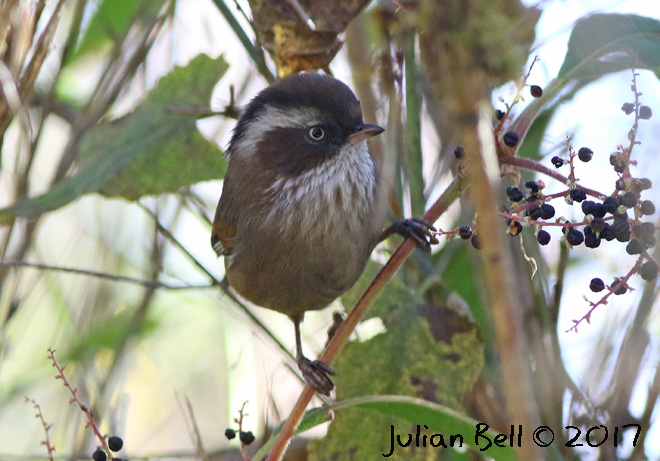 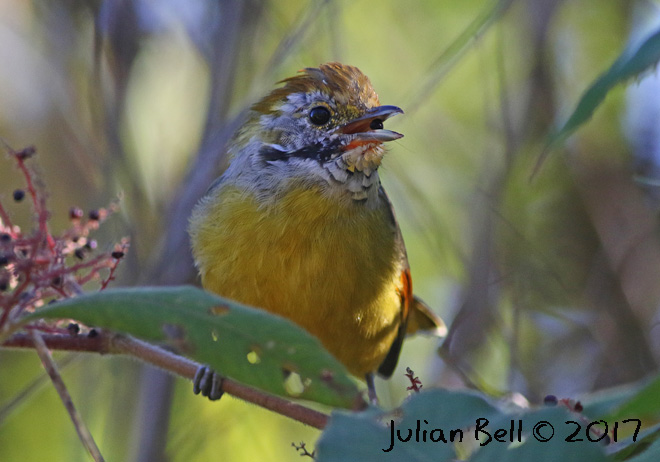 Chillis are one of the main exports from Bhutan - here drying on the ground but it is more common to see them being dried on rooftops.


Chelala Pass, 19 November On our last morning it was another early start - which worked very well indeed. We ate a picnic breakfast up at the Chelala Pass - and had the place completely to ourselves. We got some birding in and then returned to the pass to find it very busy. This was a fantastic experience as the place had transformed, there were loads of people there and most of the birds had disappeared. Here we drank rice porridge - a perfect way to warm up in the chilly early morning air up in the mountains.

Birding highlights here were a Himalayan Buzzard and a few flocks of Snow Pigeons. Rufous-breasted Accentor, White-throated Redstart and White-browed Rosefinch were among the other species seen up here.

The drive up produced a few flocks of Kalij Pheasants along with the usual Whistling Thrushes. 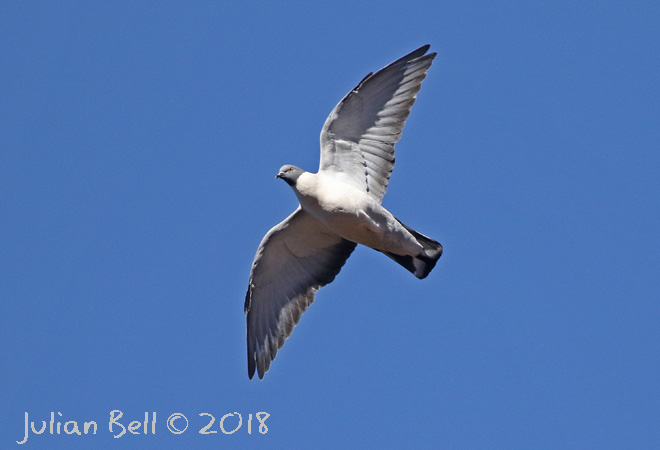 We finished off with a last walk along the river at Paro - finishing as we started off with IBISBILL....

An all too common sight for my girlfriend - discussing the identification of a bird - in this case the Himalayan Buzzard.....