Ibisbill has been one of my must-see species since I was a teenager. I had long considered travelling to Kazachstan just to see it but when my girlfriend suggested Bhutan as a potential holiday destination I immediately thought Ibisbill and the answer was a resounding yes. This was one of the first species we saw in Bhutan and, for me at least, worth the trip in itself. Ibisbill are an enigmatic wader which I first found in the Helm's Shorebirds book - something I recieved for a birthday present after it became clear that waders were going to be a large part of the rest of my life.


This is the field guide I took with me to Bhutan and India. Although I had heard that this guide may not be the best for Bhutan I had no complaints as it covered everything we saw.

Here with a large and interesting insect the Ibisbill fished out of the river - it doesn't look like any water dwelling insect I know of and resembles a preying mantis. 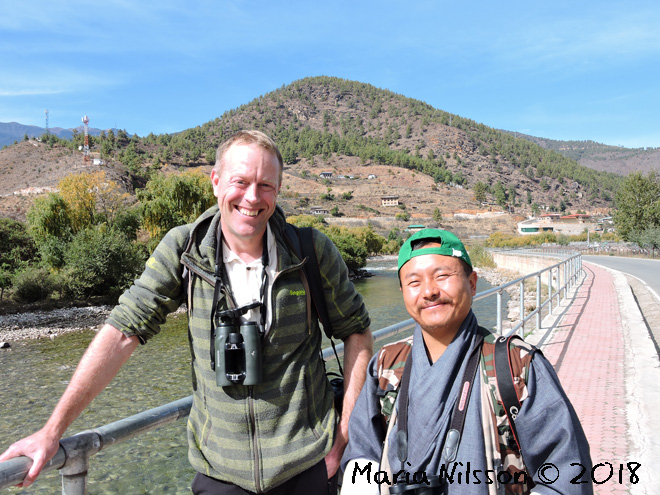 A habitat shot - the Ibisbill were seen along the river in the background of this photo.

MTwo of seven Ibisbill seen along a short stretch of the Paro river, Bhutan, 14 November 2017


All content on this site, including Natural Born Birder logo, is copyright © 2007-2018

High resolution versions of most images on this website are available. Please contact me regarding use or for other enquiries.