(Not) Birding the Rhine Valley

This was a largely non-birding trip along the Rhine Valley, Germany in mid August 2015. We took a boat trip from Mainz to Boppard with an overnight stop at a castle in Oberwesel along the way. This was just part of several days in Germany where we enjoyed glorious hot and sunny weather - with the notable exception of the boat trip.

Although this was essentially a non-birding holiday there were still quite a few birds to see. Along the river Black Kite were numerous and obviously feeding young - their calls were often the first sign of their presence and they were regularly seen fishing. Other notable sightings (at least for a birder from UK/Norway) included Bee eaters, a flock of Gargany, Black Terns, White Stork and a decent variety of raptors.

We took the boat trip with KDRhine - it may not be immediately obvious when purchasing the tickets but one can stop off along the way, even for overnight stops. However, one should inform the crew of your intentions.

I took a couple of cameras with me - my usual DSLR with a 400mm telephoto lens and a compact superzoom.

One of many spectacular castles along the Rhine Valley

e
Mainz to Oberwesel:
Birds were seen the whole way along the stretch from Mainz to Barachach with many Black Kite, a Peregrine, several Stork, plenty of Great Egrets and plenty more besides. The best single place was probably Rüdesheim where there were more duck and Black terns as well as the more widespread Egyptian Goose.

The castle in which we stayed at Oberwesel produced Black Redstart, a Goshawk, a few Kestrel and Green Sandpiper heard migrating down the river valley after dark. 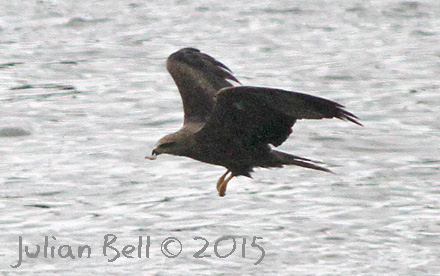 Above and below: Black Kite fishing, 16 August 2015, Rhine Valley, Germany 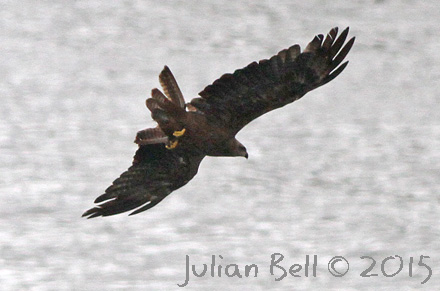 Observesel - Boppard: This part of the journey was just as productive for raptors with Honey Buzzard, Common Buzzard, Kestrel and Sparrowhawk seen in addition to the usual Black Kites.

A steady movement of gulls headed along the valley - mostly Black-headed but also a few presumed Yellow-legged gulls.

All content on this site, including Natural Born Birder logo, is copyright © 2005-2015
Most images on this website are for sale. Please contact me regarding image use or other enquiries.