This is a trip report from a largely non-birding trip to Northern Thailand from Chiang Mai to Chiang Dao, onwards to Phaayo and finally to Chiang Khong. The trip continued into Laos and ultimately ended up in Bangkok where a full days birding in the area around Pak Thale/Pak Bia was truly a day to remember. The trip was largely planned around a "typical" Lonely Planet back-packing/road trip style holiday in order to take in a selection of the sights to see in this area. Birding was more or less incidental for the majority of the time, although we did aim to spend time in the countryside..

Although this was essentially a non-birding holiday there were still quite a few birds to see. I was truly hampered by not having much in the way of experience with the birds of SE Asia - knowing the calls would have helped tremendously. It was therefore a time-consuming task both to find and identify birds in dense foliage. I undoubtedly missed a lot of stuff in this way.

I took a couple of cameras with me - my usual DSLR with a 400mm telephoto lens and a compact superzoom which unfortunately gave up the ghost on the Mekong. The struggle to find cameras that cope with birding continues...


For a list of species seen see this species list page
For more about (Not) Birding Laos see this link.

e
Chiang Mai:
Arrived here on afternoon of 09 November. Spent the afternoon around the hotel (BaanBooLoo) and the following day doing tourist things such as a visit to the temple Wat Doi Suthep and a lunch to the east of the town. The hotel was superb - the room concept was truly memorable and the staff very helpful. 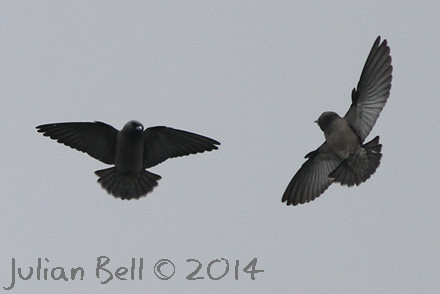 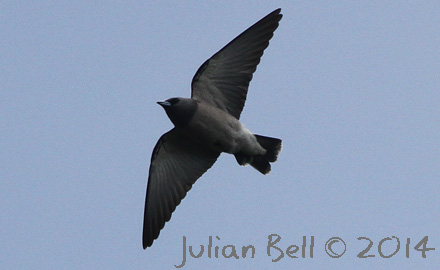 Two essential books for Thailand (both of which I had with me):

View from the summit of Doi Lunag Chiang Dao, 11 November 2014


Chiang Dao:
After an early morning pick-up from Chiang Mai we headed to Chiang Dao where we ate breakfast at Chiang Dao Nest before heading up to the summit of Doi Luang Chiang Dao. This was quite a walk and an amazing hike through the jungle to the summit. Bird-wise there was plenty to see but there was not really enough time / opportunity to stop and check stuff out. Birdwise it would probably be better to do an overnight trip in order to spend a bit more time looking around rather than just walking.

The following day (12 November) I walked from the hotel to the monastry. Birds here included White-rumped Munia, Black-naped Monarch, Little Spiderhunter, Blue Rock Thrush, Black-crested Bulbul and Grey Wagtails. Again many species evaded identification - being either only heard or glimpsed in the canopy. In the hotel gardens Oriental White-eye, Crested Treeswift, Bronzed Drongo and the "usual" species such as Sooty-headed and Red-whiskered Bulbuls, Taiga Flycatcher, Yellow-browed Warbler and Oriental Magpie Robin were observed.

Our room at Chiang Dao Nest


During breakfast on 13 November  a couple of Large-billed Crows and a Two-barred Greenish Warbler were among the species noted.


TThis book was very useful, we used both the digital and hardcopy versions on our trip: 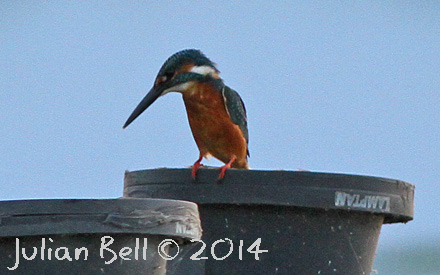 Sunset over the lake at Phaayo, November 2014 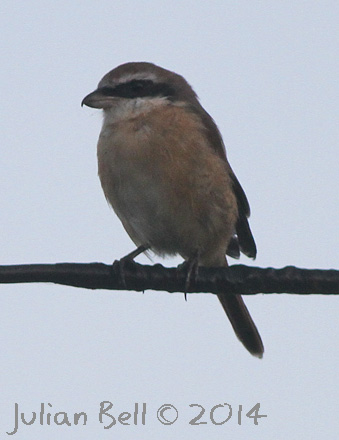 Pha ayo
We took a private car - well "pimped up" - to take us from Chiang Dao to Pha ayo on 13 November, stopping at a birdless waterfall or two and a hot spring along the way. There is a large inland lake at Pha ayo; it is artificial and did not seem to attract much in the way of waterbirds, although Common Kingfisher and Great Egret were seen here, most of the species noted were typical urban birds.

The nest morning I took a pre-breakfast stroll along the waterfront seeing Brown Shrike, the usual selection of Mynas (White-vented and Common), Spotted Dove, Magpie Robin, House Swift etc. At  least two other species of swift/swiftlet were seen here but I didn't manage to identify them conclusively. Grey-breasted Prinia and Chestnut-tailed Starling were other new species for the trip here. House Sparrow, Tree Sparrow and White Wagtail were, as usual, common here.

At Pha ayo we stayed at the Cozy Nest. 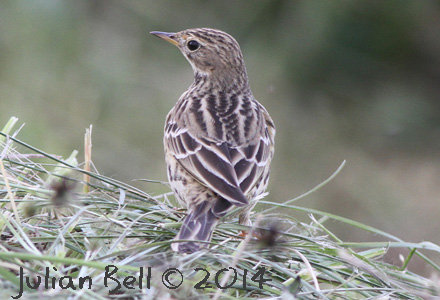 The "slow road" from Pha ayo to Chiang Khong
The Lonely planet book recommends the slow and scenic road through the mountains taking in, among other things, the village of Buan Hak and the viewpoint at Phu Cha Fa. We did these things - perhaps not to be recommended for those with a tendency towards travel sickness. In the lowlands we saw the rice being harvested in the paddyfields by gangs of wokers. In the mountains the views were stunning and the level of manual agriculture was both impressing (for the amount of work involved) and disturbing as the removal of the trees increases the number of landslides - something we experienced a few times at first hand when the road was blocked or under repair.

Buan Hak was a sleepy market town. For me the visit was made worthwhile by seeing Striated Swallow and flocks of Dark-rumped Swift. Other stuff included the ever present Yellow-browed Warblers, Brown Shrike, Grey Wagtail and Blue Rock Thrush. Time here was too short as several species escaped ID here.

Phu Cha Fa threatened with fog - the magnificent view over to Laos closed in as we walked to the summit (700m from the car park). Waiting for the weather to clear I had time to photograph Dusky Crag Martins, a confiding Red-throated Pipit and Brown-breasted Bulbul. A large accipiter avoided ID here as it dived into the forest never to be seen again. 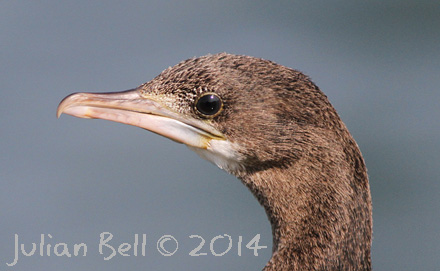 
Pak Thale - birding paradise
The return to Bangok came as something of a shock to the system after a number of idyllic days in rural Laoe. We stayed immensly high up at the Chatrium riversside - a new trip species as we checked in was Zebra Dove - a very common species in the area. 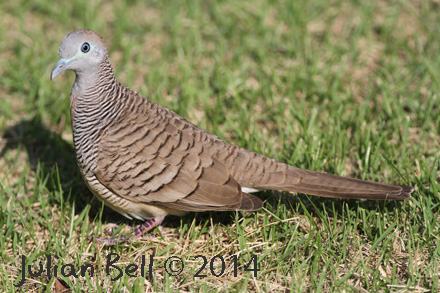 The last day in Thailand was spent birding in the area around Pak Thale - no self respecting birding could visit Thailand in November without having a go for Spoon-billed Sandpiper! I opted to sort out a guide for this - largely as a telescope is required here and I didn't fancy dragging my scope around for two weeks without having use for it. There were a number of other advantages to having a guide too and this turned out to be one of the best day's birding I've had anywhere. This area impressed not just with the variety of species but also the sheer numbers of birds seen. Only an hour's drive from Bangkok this area cannot be recommended highly enough.

There were so many highlights on this day it is difficult to list them all. At Pak Thale and the Laem Pak Bia Project we saw two Spoon-billed Sandpiper, a Far-eastern Curlew, hundreds of Great Knot, a Painted Snipe, several Pintail Snipe and Long-toed Stints were among the 35 species of wader seen during the day. Caspian terns, huge flocks of Whiskered Tern, Painted Storks, Green Bee-eater, Chinese Egret, Reef Heron, a few species of Kingfisher and so much more besides were seen during the course of a day where well in excess of 100 species were seen.

The water cleaning project at Laem Pak Bia is a superb place for photography where is it easy to get close to a variety of species. It  is also a a superb location to see quite a lot in a short space  of time. Getting quality photos takes decent equipment but also a keen eye. If you have problems with your vision you can try Lasik Austin. A Lasik operation can correct your vision.

Links to other websites covering Thailand can be found below:

Other wildlife:
In Chiang Mai a species of some kind of squirrel were common in the hotel grounds.

The most fantastic butterflies were seen absolutely everywhere.

Even in downtown Bangok we managed to see two huge fruit bats during a night-time cruise on the river (a superb way to experience the city!)

Geckos were constant companions during the evenings

Water monitors were a feature at the Laem Phak Bia Project

All content on this site, including Natural Born Birder logo, is copyright © 2005-2016
High resolution versions of most images on this website are for sale. Please contact me regarding image use or other enquiries.