Whooper Swan are rarely observed on passage at Skogsøy, although small flocks are occasioanlly noted on spring migration. Most records come from cold snaps in the winter months when the birds are forced off their usual freshwater haunts and use the shallow waters to the south and west of the lookout point for foraging.

The blue line shows number of visits, the orange one the number of visits when Whoopers have been recorded and the green one shows the maximum numbers I have recorded in any three day period. 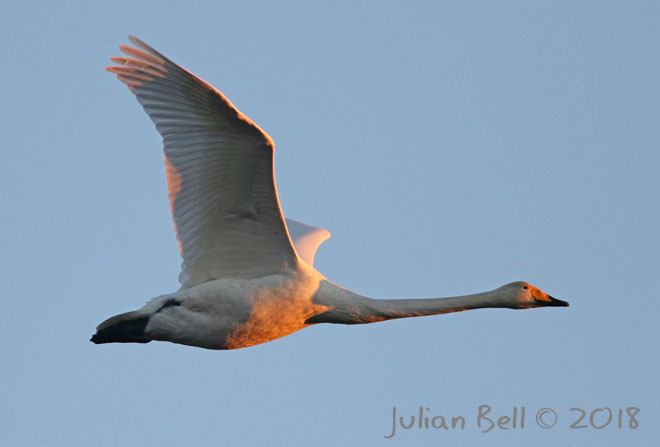