Eurasian Curlew are one of the commonest and regular waders during the spring migration, with a peak in the first half of April. Return migration starts as early as mid June and lasts well into October. Occasianl birds during the winter months probably refer to birds attemting to overwinter. The occurrence pattern of this species at Utsira is very similar both in timing and numbers.  The large numbers at Stag Rocks in Northumberland stop immediately before the migration starts at Skogsøy..... The blue line shows number of visits, the orange one the number of visits when Curlew have been recorded and the green one (numbers on right hand axis) shows the average numbers I have recorded in any three day period. 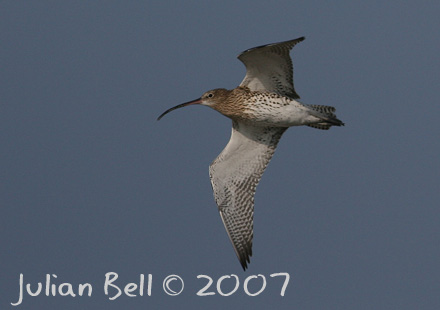