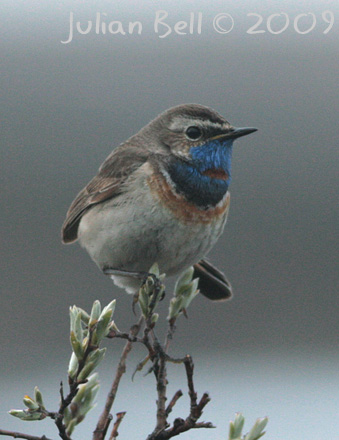 The Hardangervidda is a fantastic birding location, although location is perhaps too small a word for it. This vast area houses all manner of specialist alpine birds. The number of species seen here during a days birding is unlikely to be high - typically around 30 - but the quality can be astounding. It must be one of Eurpoe's last wildernesses; one can often have the place to oneself and walking for kilometres across the landscape is a magical experience.

One is always left wanting more and feeling that there is plenty to come back for, a couple of days can easily be spent covering just a restricted area well. Exploring this mountain plateau can become a lifetime obsession....

Cabins such as this one are dotted about the vidda


The numbers and distribution of the various species can vary tremendously from year to year, as can the amount of snow cover early in the season. The best time to bird the vidda is, in my opinion, the second half of June and early July, however, access away from the main road can be restricted prior to early July if one is not suitably equipped with skis. Many species are still present into August but can be harder to find. Early in the season birds are concentrated in the snow free areas - often on south facing slopes.  The majority of the target species were present even under the conditions illustated in the above picture!

Birding on "the vidda" is a wonderful experience but one should be prepared for rapid changes in weather, snow storms can occur even in the middle of summer. Indeed I have been sunburnt under cloud free skies one day and forced off by gale force winds and snow the following day even in late June! However, this is all part of the magical experience of birding the vidda.


There is restricted access (although not enough to prevent seeing the birds) to some parts of the vidda, notably Bjoreidalen. Here there are marked routes one must follow to avoid trampling on the many nests.
Another piece of advice to those planning on hiking into the area off the beaten track: take a map and a compass - and use it! Map skills seem to be a disappearing talent so perhaps I should say "GPS receiver or satellite navigation" instead of compass.

There are several ways to explore the Hardangervidda. My personal favourite is to go in on foot with a good friend or family member and a tent. There are also cabins dotted around the vidda which one can walk between, accomodation is basic but this too is a wonderful way to "do" the area. Alternatively there are a number of roadside "mountain lodges" which offer excellent accomodation, hot meals and even a well earned beer! Rewarding day trips can be made using these lodges as a base station - examples of such lodges are at Dyranut (generally opens sometime in late June) and at Halne (generally opens around Easter).

However, birding this fantastic area can be done without leaving the main road. Trekking out on the vidda may not be an option for many - either due to time restrictions or non-birding families. There are numerous lay-bys and rest stops along the road, merely stopping at these and scanning the tops can be productive, although it is unlikely that one will "clean up" all the target species in this manner.

One of the most popular and easiest ways to see many of the birds of the Hardangervidda is to drive the toll road from Tråstølen to Tinnhølen. This road usually opens in early July.

Tråstølen and the main road - picture taken with a telephoto lens


The speciality species with which most birders should connect without undue difficulty include Rough-legged Buzzard,   Red-spotted Bluethroat, Ring Ousel, Horned Lark (Shorelark), Lapland Longspur. Ptarmigan, Dotterel, Snow Bunting and Temminck's Stint are widespread but more localised breeders which may require more luck (or effort!) to find. 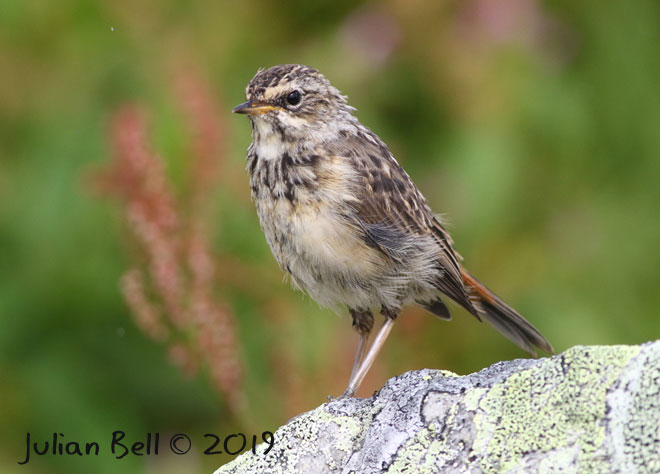 Goosander / laksand on the Hardangervidda

There are a number of "show stoppers" which absolutely can be seen but are somewhat unpredictable and / or require specialised knowledge of their whereabouts. Such species include Gyrfalcon, Great Snipe, Red-necked Phalarope, Long-tailed Skua, Crane and the almost mythical Snowy Owl. The latter species has not been recorded breeding on the vidda for many years. 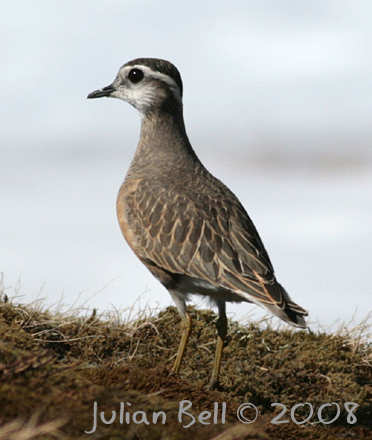 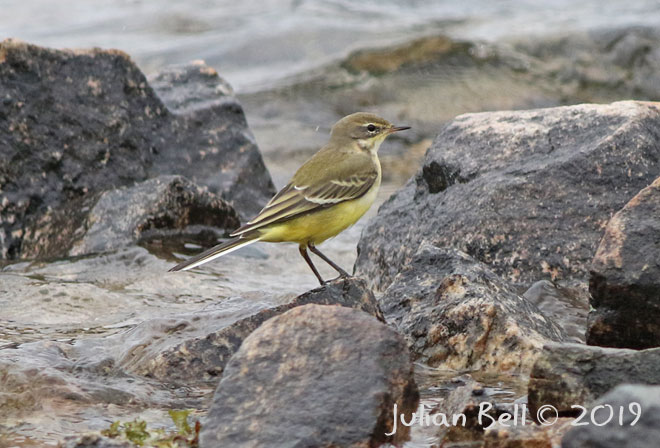 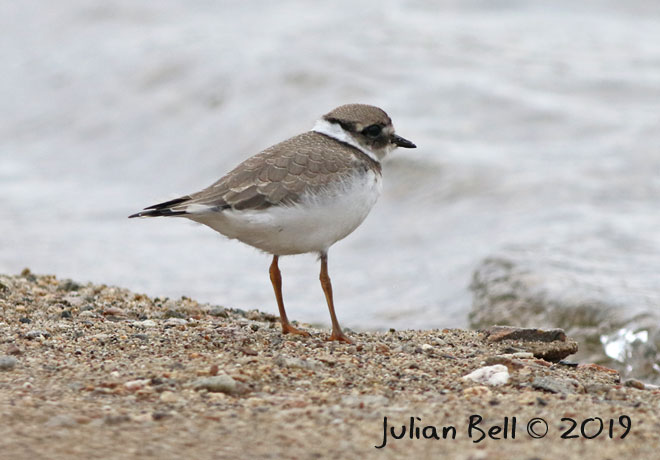 Other species can include Goosander, Kestrel, Merlin, Yellow Wagtail, Redwing, Purple Sandpiper and a number of species "visiting" from lower altitudes, for example feeding parties of Common Swift.

There are also mammals to be seen, noteably Reindeer and Lemming. 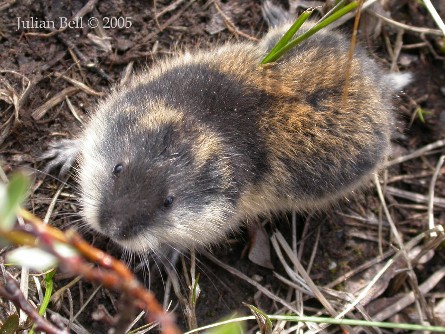 Lemming on the Hardangervidda

Amazingly both frogs and toads live on the Hardangervidda - surviving winter temperatures of less than -30 degrees!


Links to other birding at other locations in Norway:

All content on this site, including Natural Born Birder logo, is copyright © 2005-2020
High resolution versions of most images on this website are available. Please contact me regarding use or for other enquiries.